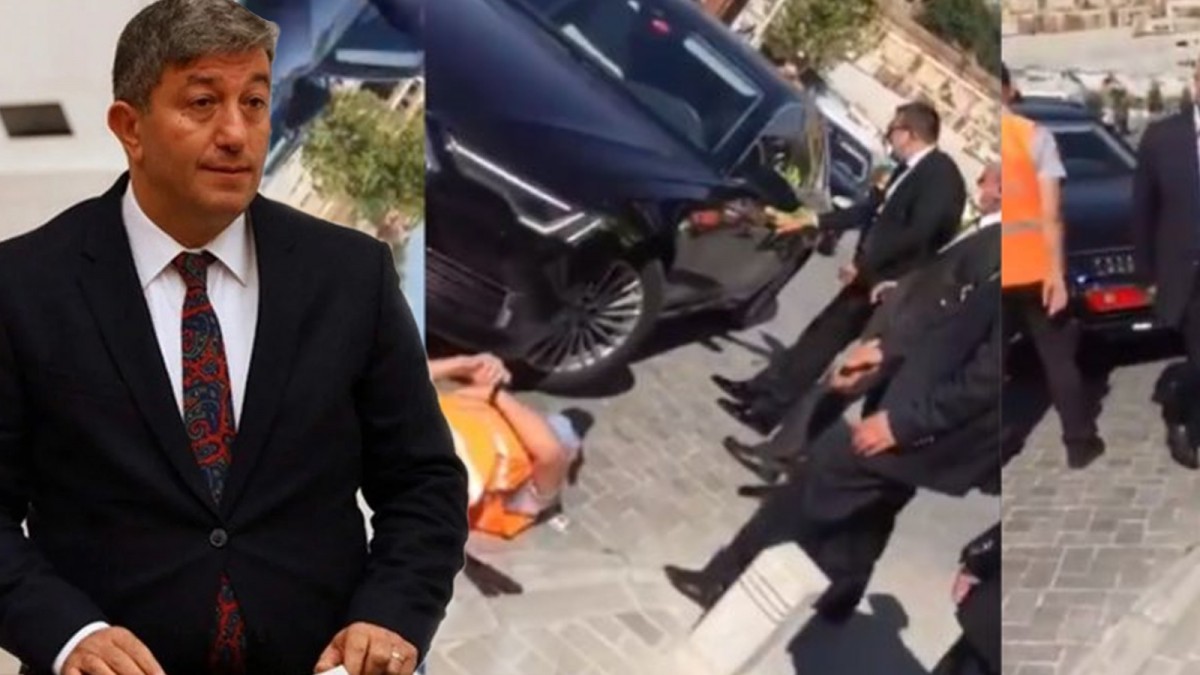 A pro-government newspaper on Sunday self-censored its own columnist when she wrote a piece criticizing a lawmaker who defended his personal driver’s attack on a municipal security guard.

Nihal Bengisu Karaca, a columnist for the HaberTürk daily, cried foul when Erkan Haberal, a deputy from Turkey’s Nationalist Movement Party (MHP), argued that his personal driver in a “natural response” ran down a municipal security guard.

The violent incident took place on Saturday during the funeral of a former minister. Haberal’s driver hit the security officer with his employer’s official vehicle when he was not allowed to enter an area closed to traffic.

The security guard sustained minor injuries and is reported to be in good condition.

The act first sparked outrage against the driver on social media as a video posted showed him hitting the security guard, who wasn’t even talking to him but just standing in the area. Later, the lawmaker drew fire from critics when he tweeted that it was a “normal response” on the part of his driver as he was allegedly provoked by the municipal officer. Haberal added that the officer had behaved rudely toward him and his driver.

The majority of Turkish media outlets did not report on the incident as the MHP is an ally of the Justice and Development Party (AKP) government.

Karaca, however, wrote an article on Sunday titled “The normal reaction for you [deputy Haberal] would be to show some shame,” in reference to the attitude of the deputy, who did not apologize for his driver but rather made up an excuse.

“No, none of this is normal. What would be normal is that such an incident never happened. Let’s suppose that it happened. The normal thing to do is to part ways with the driver, be genuinely embarrassed and to apologize to the public,” Karaca wrote.

The security officer hit by the driver works for the Ankara Metropolitan Municipality, which is run by the main opposition Republican People’s Party (CHP). Last March, the CHP’s Mansur Yavaş won the local elections in Ankara by nearly 2 percent over his AKP-MHP-backed rival, Mehmet Özhaseki. Before resigning from the MHP, Yavaş had twice served as mayor of Ankara’s Beypazarı district between 1999 and 2009.

Instead of an apology, a threat came from another MHP deputy, Baki Ersoy.

“The person who has to apologize to our esteemed Haberal is Mansur Yavaş. [You, Yavaş] just keep in mind that we walk all over somebody as soon as there is disrespect!” Ersoy tweeted, targeting Yavaş.

In the meantime, another of Ersoy’s tweets, in which he posed wearing sportswear and sunglasses that allegedly cost 19,000 Turkish lira (around $2,500), became a top trending topic on Twitter.

Yıldıray Oğur, a columnist for the Karar daily, commented on the deputy for his lack of an apology and on HaberTürk for its self-censorship.

Oğur said in a column that what the driver did was “willful and malicious injury,” while the security officer was a municipal security guard who was just following orders given by the police.

The columnist asked whether Turkey was going through “dark days” in which even criticism of a driver of an AKP-allied politician is being censored. Oğur titled his column “An official car was driven over us.”

Censorship of the media accounts for the largest share of all censorship in Turkey, with 37 percent of the total, according to the Speak Up Platform, an independent initiative that stands against restrictions on freedom of expression in the country.

The platform said in a report titled “Censorship and Self-Censorship in Turkey (January-November 2019)” that media bosses and owners of media outlets were resorting to preemptive self-censorship in order not to be “punished” by the Erdoğan regime.

Most media outlets in the country are already controlled by the AKP — reportedly more than 90 percent of conventional media — thanks to the purchase of media brands by pro-government conglomerates.

Moreover, a new law regulating social media took effect on October 1, with tighter restrictions and control over platforms such as Facebook, Twitter and YouTube and potential risks for dissidents in the country.

Under the new regulation, Internet platforms with more than 1 million daily active users are obliged to open offices in Turkey, to remove content deemed offensive within 48 hours based on local court decisions and to store user data locally. Otherwise, they will be subjected to punitive measures, such as the blocking of advertisements, fines of up to 40 million Turkish lira ($5.1 million) and a slowing of bandwidth by up to 90 percent.