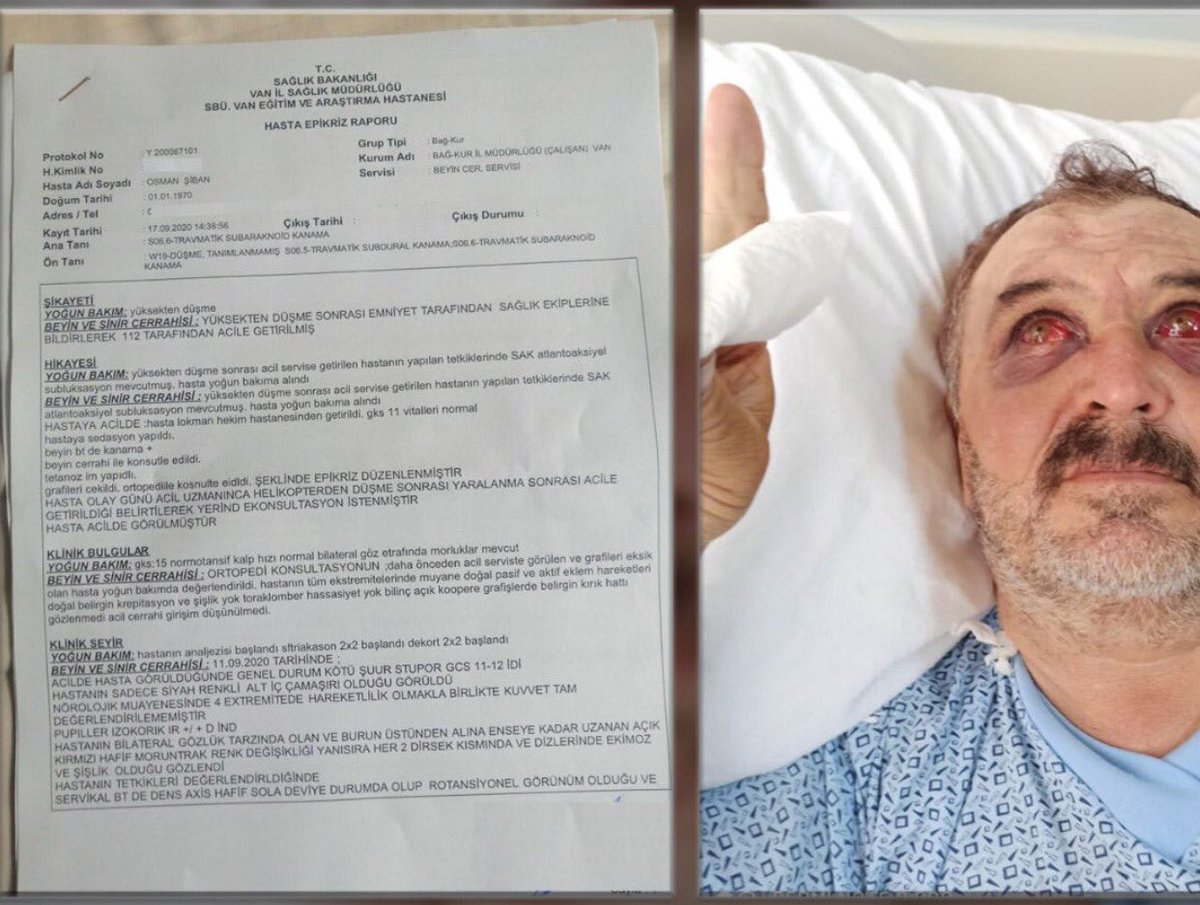 According to a medical report that appeared in local media on Sunday, one of two Kurdish villagers who were allegedly tortured by Turkish soldiers after being detained on Sept. 11 was hospitalized due to a fall from a helicopter.

Military personnel reportedly detained Osman Şiban, 50, and Servet Turgut, 55, on Sept. 11 while the two were working on a farm in the eastern city of Van.

The villagers were reportedly taken away in a helicopter, then were admitted to a local hospital’s intensive care unit in serious condition two days after their detention.

Şiban was discharged on Friday but is reportedly suffering from memory loss due to his injuries, while Turgut is still in intensive care.

According to a medical report on Şiban’s condition from the Van Teaching and Research Hospital, he was admitted to the hospital after reportedly falling from a helicopter.

“The patient was hospitalized on the day of the incident, and the reason specified was injuries sustained due to a fall from a helicopter,” the medical report published by the Mezopotamya news agency on Sunday reads.

“Is it true that Osman Şiban and Servet Turgut were thrown from a helicopter? If that is the case, who are the perpetrators? Are these people facing any investigation?” Tayip Temel, a deputy from the pro-Kurdish Peoples’ Democratic Party (HDP), asked Interior Minister Süleyman Soylu in a parliamentary question on Monday.

Turkey to lose up to €12 billion with demolition of Atatürk Airport: ministry official