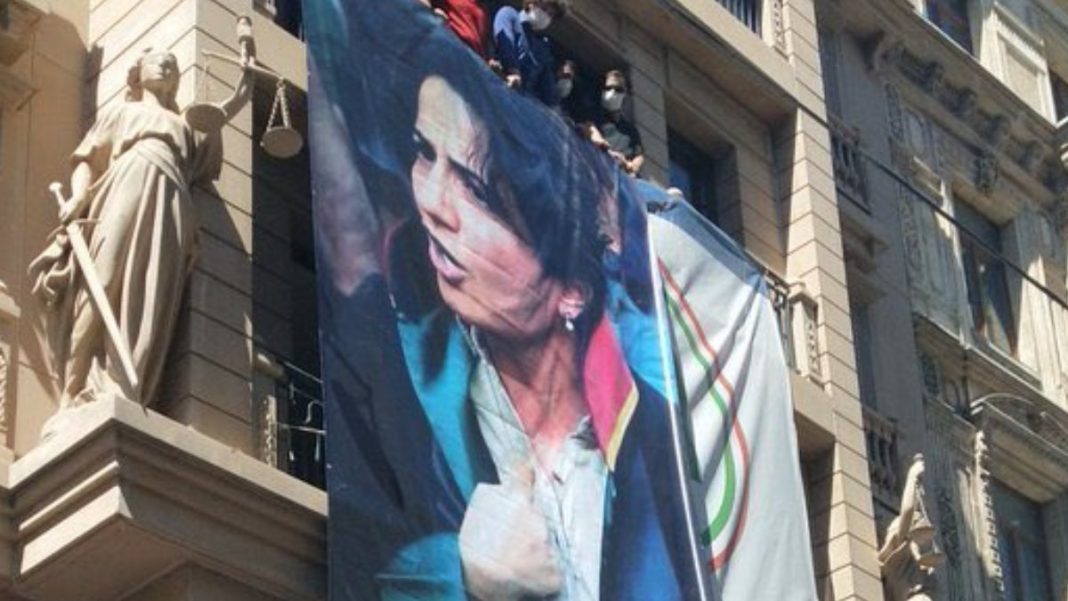 The İstanbul Chief Public Prosecutor’s office has demanded the testimony of İstanbul Bar Association executives as part of an investigation into the hanging of a banner on association headquarters displaying the picture of Ebru Timtik, a lawyer who died after an eight-month hunger strike she embarked on to demand a fair trial, the Cumhuriyet daily reported on Sunday.

The prosecutor’s office reportedly launched a probe into the hanging of the banner on the façade of Istanbul Bar Association headquarters due to complaints filed by citizens.

“A political investigation is at play. These are trumped-up charges. There is no crime whatsoever,” Cumhuriyet quoted Mehmet Durakoğlu, chair of the Istanbul Bar Association, as saying.

Timtik was sentenced in 2019 to more than 13 years in prison on conviction of “membership in a terrorist organization.”

However, rights advocates watching the case claim she was being prosecuted for her actions as a lawyer.

Turkey attracted criticism after the Ankara Public Prosecutor’s Office detained 68 jurists on Sept. 11 on allegations of helping terrorist organizations “under the guise of the practice of law.”

The Istanbul Bar Association denounced the detentions, labeling them as “intimidation” tactics.

“The charge of membership in a terrorist organization stems from the [lawyers’] practice of their profession,” said a statement issued by the bar.

“This situation is new, with the exception of one or two cases, and tells of a dystopia under construction.”

Following Timtik’s death the Istanbul Bar Association hung a picture of her outside its headquarters in protest.

“It is very painful that the bars, which should be institutions of justice, have turned into the backyard of terrorist organizations,” President Recep Tayyip Erdoğan said on Sept. 1 in response to the Istanbul Bar protest.

“We should be discussing whether methods such as expulsion from the profession should be introduced for lawyers. It is unacceptable for lawyers to carelessly stand so close to terrorists.”

“Turkey will take action to cut the bloody link between lawyers and terrorism,” the T24 news website quoted Erdoğan as saying.

A UN report published in February states that the country has jailed 570 lawyers and prosecuted 1,480 in total since an abortive 2016 coup.