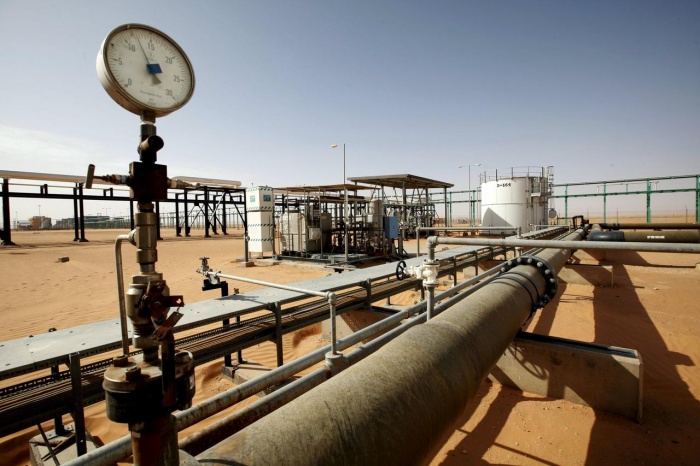 A blockade of Libya’s oil production will continue, forces loyal to strongman Khalifa Haftar have warned, despite the country’s National Oil Corporation (NOC) announcing this week the resumption of production, AFP reported.

Libya, which sits atop Africa’s largest proven crude oil reserves, is torn between the rival powers of the UN-recognized Government of National Accord (GNA) in Tripoli and the eastern-based Haftar.

Since January groups loyal to Haftar have been blocking the production and export of oil from the country’s most important fields and terminals, claiming they want a fair distribution of the oil revenues managed by Tripoli.

“The closure of ports and oil fields will be maintained until the demands of the Libyan people are satisfied,” said a statement published late Saturday on Facebook by pro-Haftar forces spokesman Ahmad al-Mismari.

“Only one oil tanker” is authorized to load “a quantity of stored oil” as agreed “with the international community and brotherly and friendly countries” that have requested it, the statement said, without elaborating.

Libya’s NOC had announced Friday the resumption of crude production and exports after a nearly six-month shutdown due to the conflict dividing the country.

A first ship was due to start loading crude from the Al-Sidra oil port in the east of the country, the NOC had said.

But the state oil giant warned it would take time for output to return to previous levels because of major damage to energy infrastructure.

Supported by Turkey, pro-GNA forces have scored important victories in recent months, regaining control of the northwest and driving out forces loyal to Haftar, who had launched an abortive offensive in April 2019 to seize Tripoli.

Haftar is backed by Egypt, the United Arab Emirates and Russia.

The NOC had invoked force majeure in response to the blockade — a measure used in exceptional circumstances that allows it to be held free of liability in the event of non-compliance with oil delivery contracts.

The company said Friday that it had “lifted force majeure on all oil exports from Libya.”

Earlier this month the NOC had reported talks “supervised by the United Nations and the United States” to allow for the resumption of production.