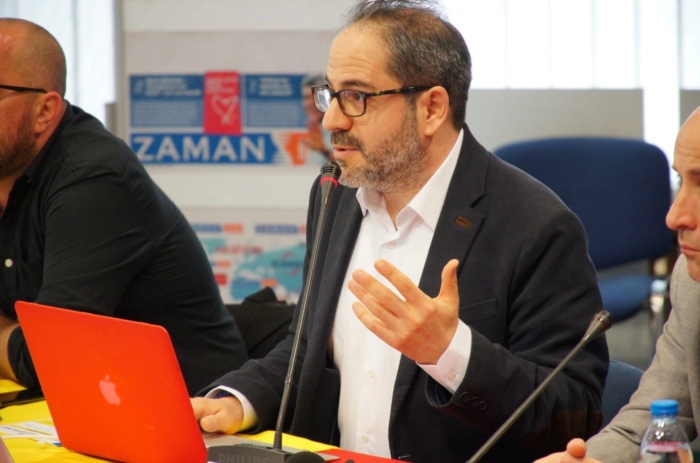 An İstanbul court has requested the extradition of a Turkish journalist living in exile in Sweden for allegedly insulting two officers of the court in 2018, the Nordic Monitor news website announced on Monday.

Levent Kenez, an editor for Nordic Monitor, is accused of libeling a prosecutor and a judge at an İstanbul court in an article published on the Turkish-language news website TR724 in February 2018

The piece was published after the court had handed down aggravated life sentences to six journalists and media workers on charges of attempting to destroy the constitutional order. It included comments about the prosecutor of the case, Can Tuncay, as well as judge Kemal Selçuk Yalçın.

The court did not request a Red Notice for Kenez from Interpol, despite a Ministry of Justice suggestion. Nordic Monitor claimed it was due to the political nature of the prosecution, which is against Interpol’s constitution.

“I was not surprised,” Kenez told Nordic Monitor, adding, “It’s no secret that the government of [President] Erdoğan has engaged in a campaign of going after its vocal critics in any way possible.”

“Turkey is not a free country where one can enjoy the right to due process, and the judiciary is not independent. Tens of thousands of people from all walks of life, not only journalists, are behind bars on fake and trumped-up terror charges,” Kenez said.

Turkey is ranked 154th out of 180 countries in the 2020 World Press Freedom Index compiled by Reporters Without Borders (RSF), a media freedom watchdog that describes Turkey as “the world’s biggest jailer of professional journalists.”

I have no intention of getting into arms race with Turkey, Greek PM says