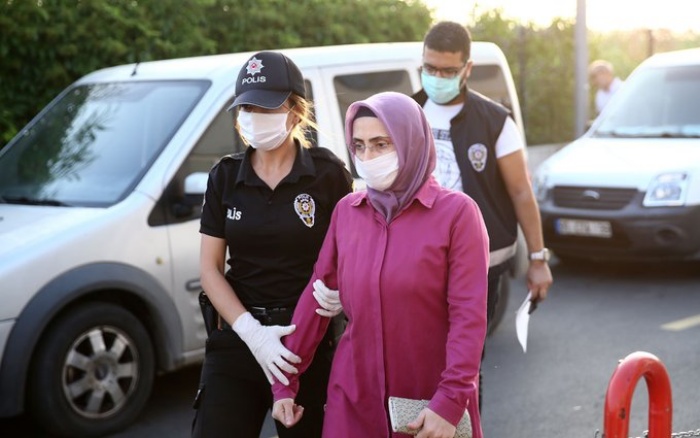 The Adana Chief Public Prosecutor’s Office on Wednesday issued detention warrants for 63 suspects as part of an investigation into the Gülen movement, the state-run Anadolu news agency reported.

Video footage showing the counterterrorism police with submachine guns raiding a suspect’s house in Adana sparked outrage on social media. The police broke the door of the residence, the footage showed.

The suspects are accused of providing financial assistance to the relatives of alleged Gülen followers who were in jail.

The Turkish government considers the followers of the movement as “terrorists,” and has been conducting a large-scale crackdown targeting them.

President Recep Tayyip Erdoğan and his government accuse the Gülen movement of orchestrating a 2016 coup attempt.

Interior Minister Süleyman Soylu in March 2019 reported that more than half a million people had been detained by police in the post-coup crackdown over alleged Gülen links.

Meanwhile, police detained 27 more suspects in Sivas, Van, Kayseri and Şanlıurfa provinces, according to other reports.