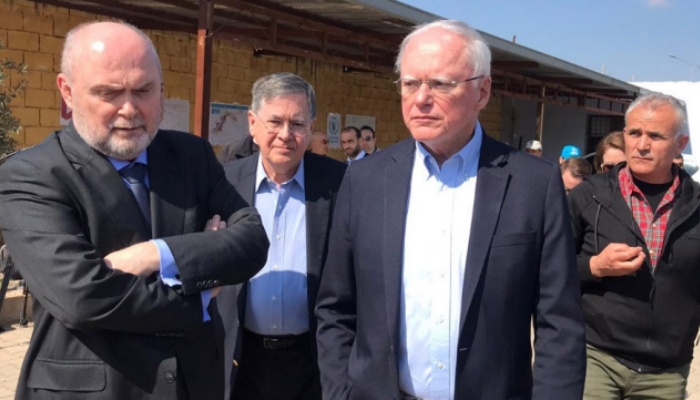 The United States is willing to provide equipment to Turkey in Syria’s war-torn Idlib region, James Jeffrey, the US special envoy for the region, said on Tuesday.

“Turkey is a NATO ally. Much of the military uses American equipment. We will make sure that equipment is ready and usable,” Jeffrey told reporters, according to Reuters.

US Ambassador to Turkey David Satterfield said at the briefing that Washington was examining Ankara’s request for air defense systems.

Jeffrey and US Ambassador to the UN Kelly Craft also visited Syria’s Idlib on Tuesday and pledged $108 million in aid for Syrian civilians, hours after Turkey downed another warplane over the war-torn province, the Middle East Eye reported.

Craft and Jeffrey met with Syrian NGO representatives and the White Helmets civil defense group, where Craft announced the aid package, which Washington said was earmarked for “the people of Syria in response to the ongoing crisis caused by Assad regime, Russian, and Iranian forces.”

Turkey has been engaged in an armed conflict with Russian-backed Syrian government forces in Idlib province for more than a month, losing nearly 60 of its troops in clashes.