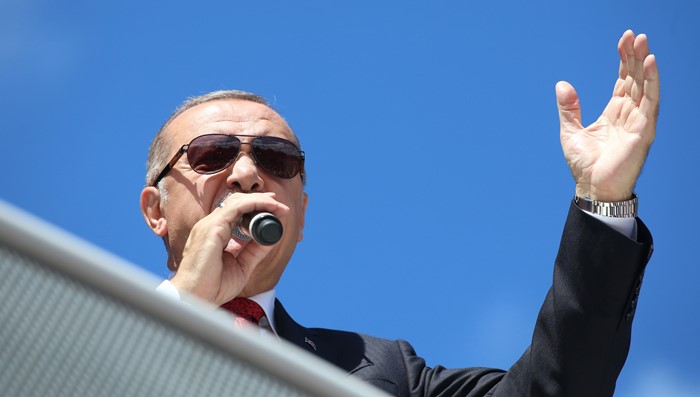 Erdoğan spoke during a meeting with a group of foreign journalists a day after he claimed that Morsi didn’t die of natural causes but was killed.

He compared Morsi’s death to the brutal killing of Saudi columnist Jamal Khashoggi, slain killed at the Saudi Consulate General in Istanbul in October.

The Turkish leader, who is a fierce critic of Egyptian President Abdel-Fattah el-Sisi, added that he believed the United Nations should take up “Morsi’s suspicious death.”

In Cairo, Egyptian Foreign Minister Sameh Shoukry lashed out at Erdoğan, saying his latest stream of remarks reveal the depth of his ties to the Muslim Brotherhood, a pan-Arab movement that Egypt has banned as a terrorist group.

Morsi, Egypt’s first democratically elected president who hailed from the now outlawed Brotherhood, was ousted by the military in 2013 after massive protests against his divisive rule. The authorities subsequently launched a major crackdown on the Brotherhood, arresting Morsi and many others of the group’s leaders.

Morsi collapsed and died in a Cairo courtroom on Monday.

His death drew criticism from international and local human rights groups, which accused the Egyptian government of deliberately denying Morsi access to medical care in jail.