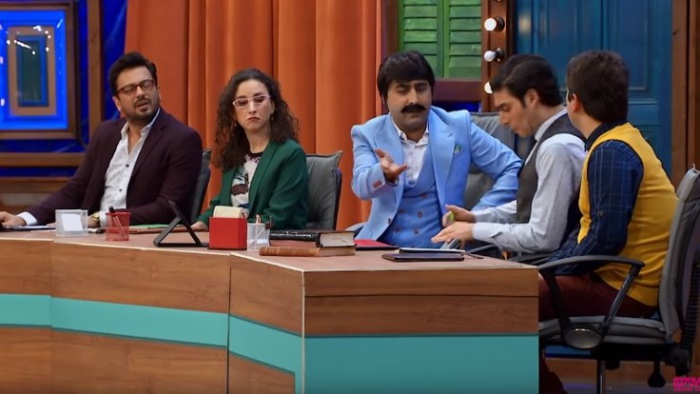 The comedy show, “Güldür Güldür,” is aired by Show TV station, which is also deemed a pro-government media outlet in the country.

In a development that came as a surprise to many, the show’s latest episode aired over the weekend focused on the attitude of the pro-government media outlets that try to find a positive way to cover news unfavorable to citizens.

It portrayed an editorial meeting at a newspaper when the paper’s editor-in-chief received a call from “high ranking officials” and told his staff that they would look at the news from a positive angle from then on.

An example given during the show was news about an increase in the price of bread spun as “a war has been launched against obesity.”

The show attracted much attention and praise on social media, but the pro-government media outlets became uneasy with it.

In a report on Monday, the Sabah daily said, “Social engineers are at work again less than a week before the elections,” adding that the “Güldür Güldür” show attracted criticism for attempting perception management ahead of the elections.

The A Haber TV station accused producers of the show of trying to send a political message ahead of the elections through the use of humor.

The station also claimed that the show’s actors were active in the Gezi Park demonstrations, anti-government protests that took place in Turkey in the summer of 2013.