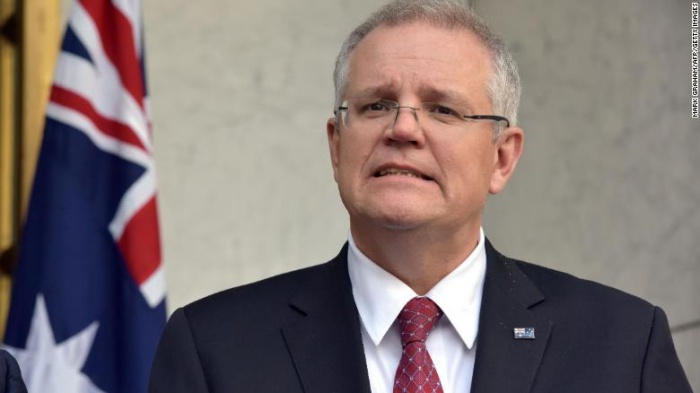 The dispute sparked over Erdoğan’s comments in the wake of last Friday’s massacre in which 50 people were killed at two mosques in Christchurch, New Zealand. An Australian white supremacist has been charged with murder.

Speaking while campaigning for local elections, Erdoğan warned Australians and New Zealanders going to Turkey with anti-Muslim views would return home in coffins, like their ancestors who fought at Gallipoli in World War I.

The 1915 Gallipoli campaign, marked by heavy casualties on both sides, was a disastrous defeat for the allies against the then-Ottoman Empire. Although the battle later helped cement friendship among the three countries, it remains a highly sensitive subject in Australia and New Zealand.

Morrison slammed the comments as “highly offensive” and on Wednesday summoned Turkish Ambassador to Australia, Korhan Karakoç to explain the remarks.

Australia also placed under review its travel advisory for its citizens visiting Turkey, which was already set at “exercise a high degree of caution” because of the threat of “terrorism”.

But on Thursday, Morrison said progress had been made on mending bilateral ties after a spokesman for Erdoğan said the president’s words were “taken out of context”.

Fahrettin Altun, director of communications for the Turkish presidency, said Erdoğan was in fact responding to the “manifesto” posted online by the man arrested in the mosque attacks.

Altun also said Erdoğan had made his remarks in a historical context relating to attacks past and present against Turkey, a move partly inspired, he said, by the fact the president was speaking at commemorative sites near the Gallipoli battlefields.

“President Erdoğan’s words were unfortunately taken out of context,” Altun said on Twitter.

“He was responding to the so-called ‘manifesto’ of the terrorist who killed 50 innocent Muslims in Christchurch, New Zealand. Turks have always been the most welcoming & gracious hosts to their Anzac [Australia and New Zealand] visitors.”

Morrison on Thursday welcomed what he called a “moderation” of Erdoğan’s views, which followed a series of high-level bilateral diplomatic communications on the matter.

“Overnight, progress has been made on this issue and overnight we’ve already seen a moderation of the president’s views,” Morrison told reporters in Melbourne on Thursday.

“It’s my intention to break any cycle of recklessness, to work through these issues practically, to register in the strongest and clearest of terms the offence that was taken — I believe rightly –by those comments yesterday, but now to work constructively,” he added.

“Australia and Turkey, the peoples of both countries, have a tremendous relationship, built up over generations.” Thursday’s developments came as New Zealand Foreign Minister and Deputy Prime Minister Winston Peters were en route to Turkey to meet with Erdoğan and seek clarification over his comments.