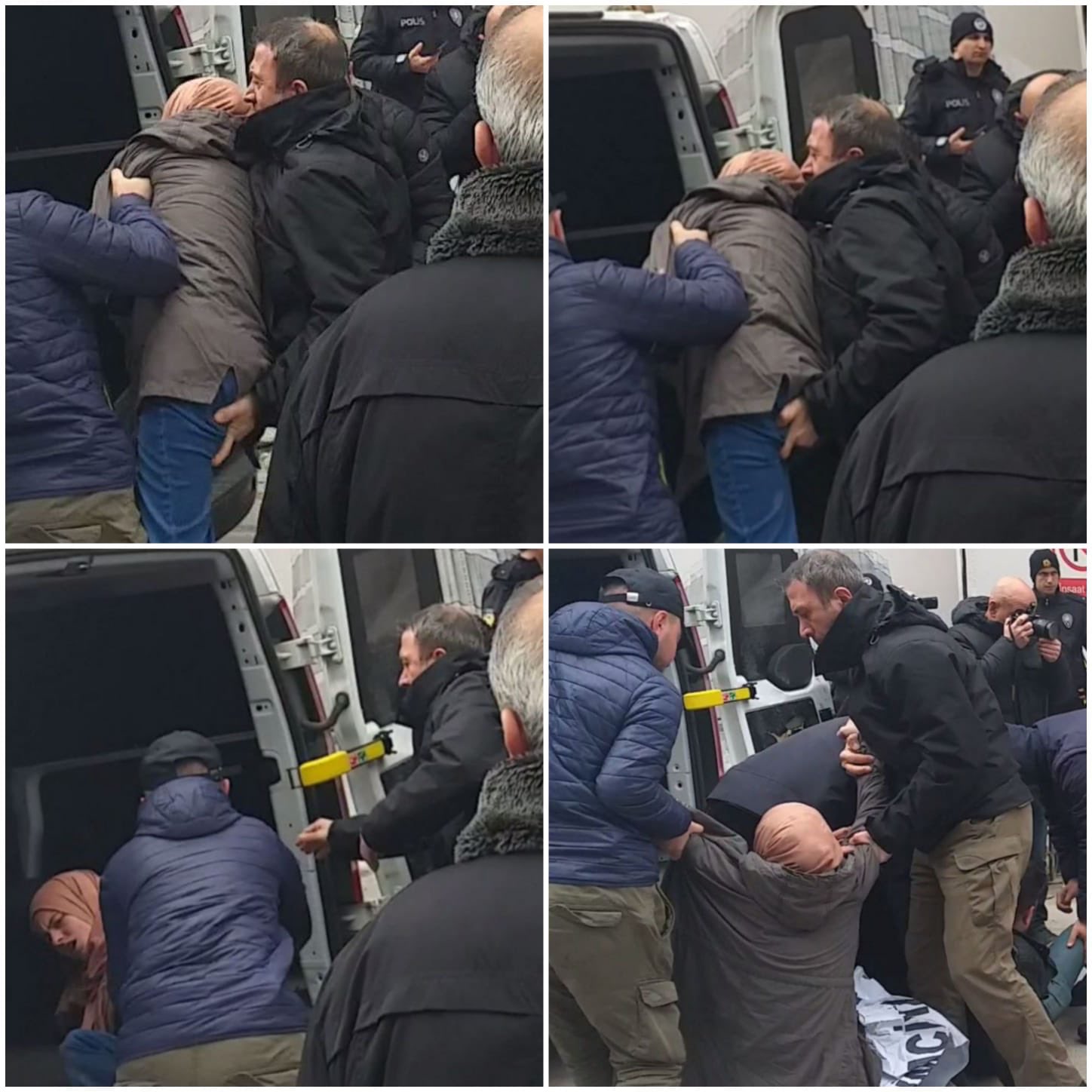 A university student who was detained for participating in a protest in Ankara on Saturday was apparently harassed by a police officer during detention as captured by an observer’s camera.

The photos were posted on Twitter by purged teacher and activist Acun Karadağ.

In reaction to the incident, main opposition deputy Sezgin Tanrıkulu tweeted that it was a shame and that the police officer should be immediately dismissed and investigated.