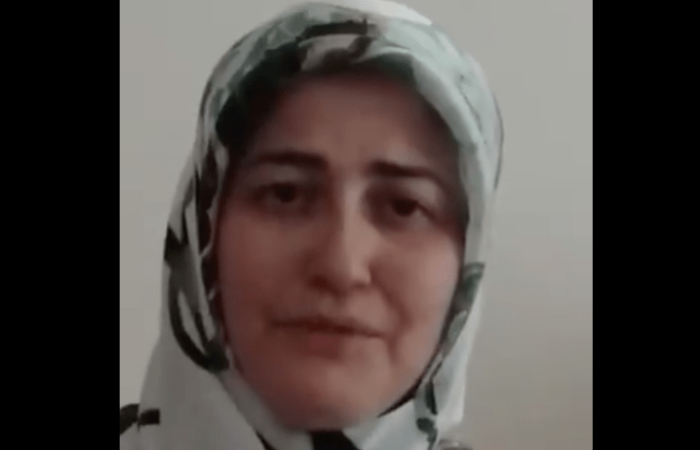 The wife of one of two men reportedly abducted in Ankara on Feb. 13 made a call for help from authorities in a video she posted online.

Özgür Kaya and Yasin Ugan, both of Ankara, were reportedly abducted from their apartment building on Wednesday, with police saying they have no information on their whereabouts.

Selda Ugan on Saturday posted a video saying her husband’s family is extremely worried since they have been unable to get any information from the police.

Exiled journalist Cevheri Güven reported on Bold Medya on Friday that the abductions took place in front of eyewitnesses when a large group of armed men introduced themselves as plainclothes police officers. However, police told the victims’ families that they have no information on the abducted men.

The incident took place in Ankara’s  Altındağ district on Wednesday. The armed group surrounded the men’s apartment building on 1847th Street in Ankara’s Çamlık neighborhood in the afternoon. Hoods were put on the heads of Kaya and Ugan, and they were taken away in a white van, according to eyewitness accounts.

There have been many abduction cases in Turkey since a July 15, 2016 failed coup, targeting supporters of the faith-based Gülen movement. The government holds the movement responsible for the abortive putsch and has cracked down on its real and alleged followers.

Journalist Güven wrote on Friday that Turkey’s National Intelligence Organization (MİT) has so far abducted 21 people linked to the movement. According to him, those abductees were tortured at a detention center at the intersection of Anadolu Boulevard and the Marşandiz train station.

In December Correctiv, a non-profit investigative newsroom in Europe, reported that as part of a massive purge and persecution of the faith-based Gülen movement on accusations of orchestrating a failed coup on July 15, 2016, Turkey has established secret torture sites inside the country to interrogate followers of the movement.

Correctiv, composed of nine international media organizations, interviewed two Gülen movement followers who were abducted and tortured at secret sites and reported that the accounts of the witnesses do not contradict each other.

According to Correctiv, the abductions run by Turkey’s MİT both inside Turkey and abroad have already been reported. However, they added, “There are also accounts of another, darker side to the suppression machinery that has remained unreported till now: secret torture sites inside Turkey.”