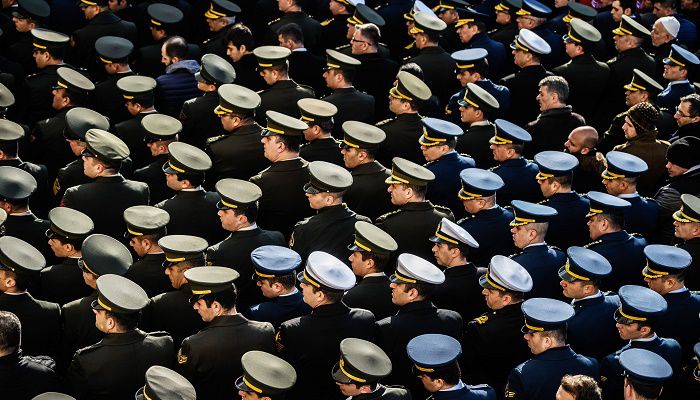 The Ankara Chief Public Prosecutor’s Office on Thursday issued detention warrants for 101 members of the Turkish Air Forces over links to the Gülen movement.

Thirty-seven of those being sought have been detained by police, the Diken news website reported.

Among the officers under investigation are a brigadier general, five colonels, two lieutenant colonels, four majors, 24 captains and 54 lieutenants who were accused of communicating secretly by pay telephone with certain Gülen-linked individuals.

According to Anadolu news agency data, police have detained 3,293 military officers, with 717 of them put in pretrial detention, between Jan. 1 and April 15, 2018.

Over the past week, prosecutors from various provinces have issued detention warrants for more than 500 military members.

Turkish Defense Minister Nurettin Canikli on April 18 said the government has drafted a decree to dismiss some 3,000 active duty soldiers over Gülen links.