[OPINION] Iranian intelligence drives a wedge between Turkey and NATO 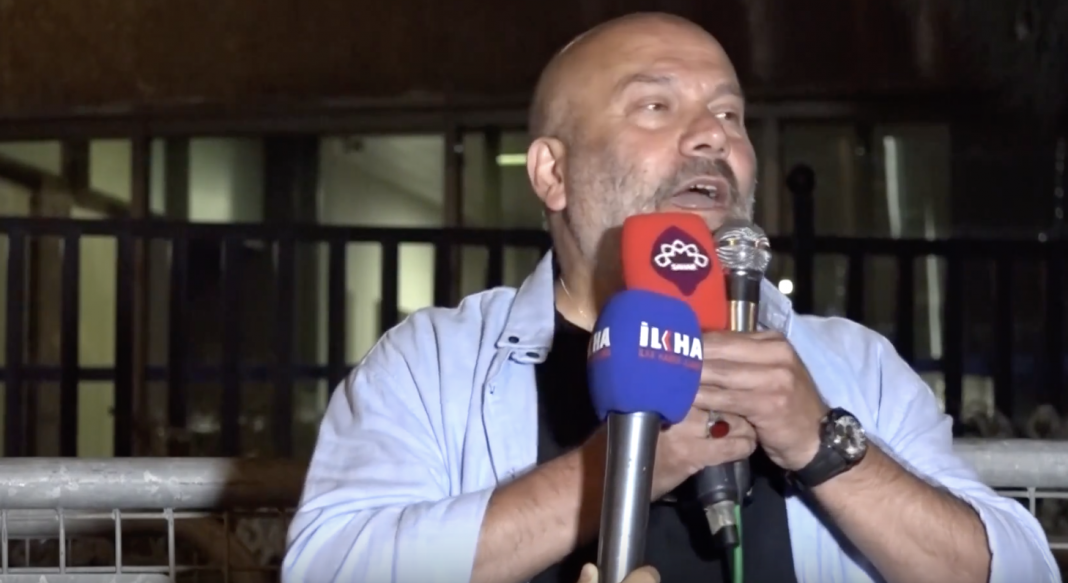 Tapping in on the growing outcry in Turkish public opinion about the US embassy move to Jerusalem, Iranian proxy groups operating in Turkey with support from the neighboring Mullah regime are busy in exploiting legitimate protests to fan anti-NATO sentiment.

Thanks to the political cover provided by the government of President Recep Tayyip Erdogan, Islamic Revolutionary Guards Corps (IRGC) Quds Force-linked groups quickly seized the moment during this week’s anti-Israel rallies across Turkey. Erdogan’s ally Turkish Hizbullah, which has a strong presence in the predominantly Kurdish provinces of the Southeast, has mobilized its networks, sending groups to the NATO radar base in the village of Kürecik in the eastern province of Malatya to demand the closure of all NATO bases. Another group named Fatih Akıncılar organized a protest in front of the Israeli Consulate in Istanbul during which Akıncılar’s leader, Mehmet Şahin, whipped up the crowd and demanded the closure of the Kürecik NATO radar base and the shuttering of all Israeli diplomatic missions in Turkey.

76 as part of a youth militant group linked to the Islamist party led by Necmettin Erbakan, the founding father of political Islam in Turkey with favorable views of Iran’s regime. The group takes its name from the Ottoman Raiders, a light cavalry unit that was not part of the regular army but operated on the frontiers of the Ottoman Empire and lived on plunder. The Akıncılar website talks about how the Raiders are dedicated to jihad and the fight to the death.

Şahin, born on Sept. 28, 1959 in central Nevşehir province, held a senior position in the group in the ’70s and today holds the title of honorary chairman of Akıncılar. He was jailed for some time after the military coup of Sept.12, 1980, when the group was disbanded. In the 1990s he was involved with the Iran-backed terror group Tevhid-Selam, which killed scores of intellectuals, journalists and foreign diplomats in a murder spree that was contracted by the IRGC. Şahin, who ran a sporting club at the time, was a contact person for Iranian intelligence and coordinated the trips of Turks to Iran for military training. According to suspects’ testimonies that were incorporated in indictment file No.2000/158, prepared by the Ankara State Security Court’s Office of the Chief Public Prosecutor, Şahin also handled explosives, guns and ammunition. For example, in one drop, he received a Ceska handgun with a silencer, an UZI submachine gun with a silencer, one hand grenade and eight units of C-4 plastic explosives.

He was detained by police on May 6, 2000 and brought in for questioning. A pump-action rifle was found in his house during the search. He admitted to his role in the Iran-backed group but denied committing any terrorist acts or violence. He was formally arrested on May 19, 2000. He was tried, convicted and sentenced to serve time by a Turkish court on Jan. 7, 2002. Şahin was released on July 28, 2005 pending an appeal of the court decision at the Supreme Court of Appeals after serving five years. The conviction was upheld by the appeals court on March 31, 2014. He restarted the Fatih Akincilar group in 2009.

A fresh investigation by Turkish prosecutors into IRGC Quds Force activities in Turkey launched in 2011 uncovered that Şahin was reactivated by Iran’s Quds Force after remaining dormant for some time following his release. He again started sending new groups of people to Iran for training and indoctrination under the cover of touristic and cultural visits. His handler was Hasan Shabani, an IRGC operative working under the cover of a cultural attaché at the Iranian consulate in Istanbul. Shabani was placed under surveillance and his phone was wiretapped under orders from a Turkish court as part of the espionage investigation into IRGC activities in Turkey. The wiretap recorded on Nov. 26, 2011 showed that Shabani was using Şahin to organize protest rallies in Turkey. Therefore, it was not surprising to see him leading the protest in front of the Israeli consulate in Istanbul on May 15, 2018. He also organized a similar protest, for example, in front of the US consulate according to a March 12, 2012 wiretap record. 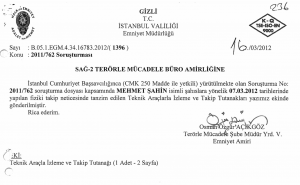 Şahin and other Iran operatives were saved by the Erdoğan government after the secret espionage probe was hushed up in 2014. Prosecutors and police investigators who uncovered Iran’s deadly activities including a 2011 bomb attack on the Israeli consulate in Istanbul were initially reassigned, later sacked and eventually jailed on trumped-up charges for exposing this network. The government officials who did their jobs under the law were punished because the probe revealed that the espionage ring extended to higher-ups in the Turkish government. In a shocking revelation, the probe found that Erdoğan personally met with a top IRGC operative in a secret meeting, while his intel chief, Hakan Fidan, was in collusion with Iran’s intelligence in undermining the security of Turkey’s allies and partners. The rock-solid evidence in the form of physical surveillance, video recordings, photos and wiretaps were swept under the rug.

Now the same network is at work in Turkey using anti-Israel sentiment to advance Iran’s nefarious activities. Capitalizing on the lingering resentment toward NATO by most Islamists in Turkey including the Erdoğan-led Justice and Development Party (AKP) government, the IRGC Quds Force operatives are doing whatever they want to settle the score with NATO, hoping to build critical public pressure to further drive a wedge between Turkey and its traditional allies. They have clear backing from government circles and are certainly aiming to undermine critical NATO assets that have not only helped Turkey’s allies but have also shored up Turkey’s national security for decades.