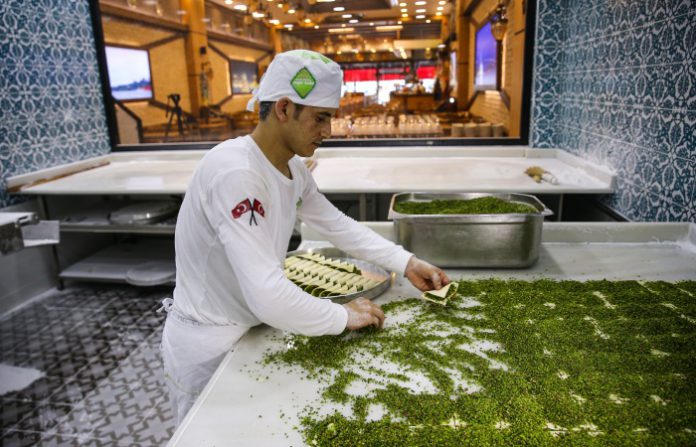 Association of Baklava and Dessert Producers (BAKTAD) chairman Mehmet Yıldırım announced on Saturday that baklava, a traditional Turkish dessert, would not be baked with pistachios in this year’s Ramadan because of high wholesale prices, the state-run Anadolu news agency reported.

According to Yıldırım, pistachio prices should be around TL 70 per kilo, but some wholesalers have raised the price to TL 201. The baklava producers’ decision to stop using pistachios during the holy month, which will start on May 15 and end on June 14, is part of a larger boycott against wholesalers and black market traders.

“Neither manufacturers nor baklava producers nor consumers benefit from this situation. If a solution is not found, many baklava producers will go bankrupt, and baklava, which is one of our national treasures, will become history,” stated Yıldırım. He also suggested supervisory mechanisms be installed to regulate the operation of the sector.