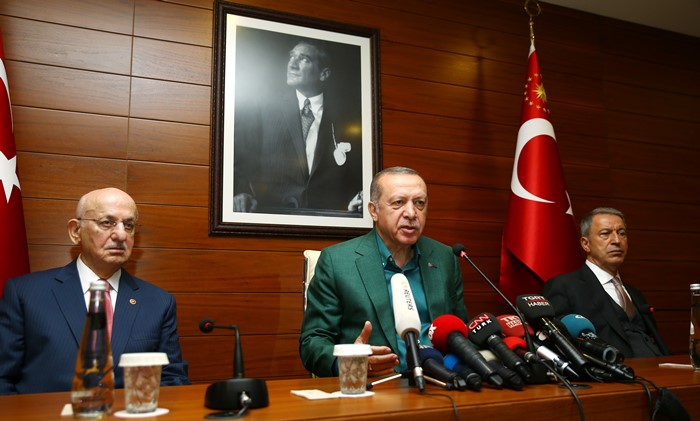 “This proposal belongs to Mr. Bahçeli. We, with our government, definitely have no such plan,” Erdoğan said at İstanbul Atatürk Airport before leaving for the United Kingdom.

Nationalist Movement Party (MHP) Chairman Bahçeli on Saturday called for amnesty for notorious gang leaders Alaattin Çakıcı and Kürşat Yılmaz, who have both been convicted of various crimes.

Bahçeli has formed an alliance with ruling the Justice and Development Party (AKP) in advance of snap elections on June 24, for which his remarks over the need for an early poll started the discussion.

Erdoğan’s chief advisor, Yiğit Bulut, also mentioned a general amnesty for designated crimes on May 3. “As we enter a new decade, let us start a PAX Presidenta dynamic and make this peace reasonable,” he said in a column for the pro-government Star daily.

According to Republican’s People Party (CHP) deputy Barış Yarkadaş, who tweeted on Saturday about the issue, these statements are signs of a plan that had already been drafted under Erdoğan’s orders and included 100,000 inmates.