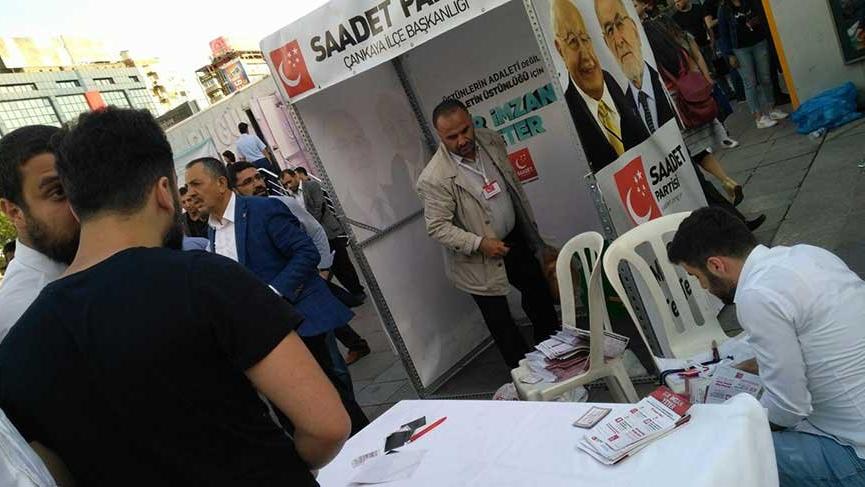 An unknown group of people attacked an opposition Felicity Party (SP) campaign booth as party leader Temel Karamollaoğlu was announcing his candidacy for a presidential election to be held on June 24.

The stand, part of a campaign effort to attract support for Karamollaoğlu in Ankara’s Kızılay Square, was attacked and party supporters in the vicinity were insulted, according to local media.

Party leaflets and other materials were scattered during the attack.

The incident was the first of its kind in Turkey’s 2018 election period.