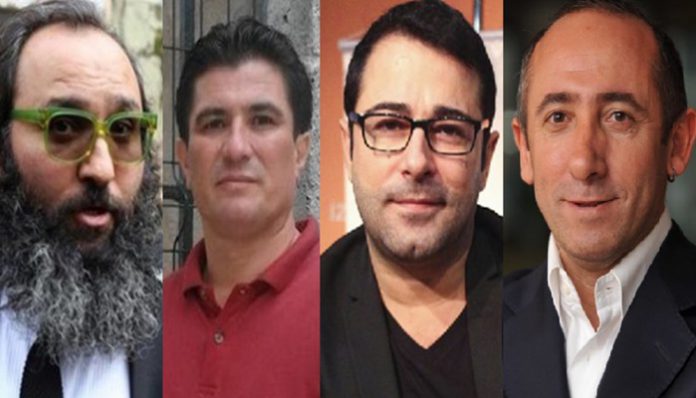 The trial of 29 journalists charged with membership in a terrorist organization resumed in İstanbul on Wednesday, with the journalists delivering their final defense statements in which they denied coup and terror charges and said what they did was to perform their jobs as journalists.

The trial is being heard at the İstanbul 25th High Criminal Court. There are 19 jailed defendants in the trial, which is expected to be concluded with the final hearing on Thursday.

The journalists, some of whom used to work for media outlets affiliated with the Gülen movement, are alleged to be followers of the movement, which is accused by the Turkish government of masterminding a failed coup attempt on July 15, 2016. The movement strongly denies any involvement.

Jailed Zaman journalist Erdal was the first to deliver a defense statement at Wednesday’s hearing during which she said she does not think she has been given a fair trial after one-and-a-half years in prison.

“Not only my profession but also my life and my right to freedom of expression and thought are also being tried,” she said.

About the allegation that she took part in demonstrations in support of the Zaman daily when the government appointed trustees to the paper in March 2016, Erdal said Zaman’s takeover took place ahead of the July 15 coup attempt and that as a journalist who worked for the daily for 13-and-a-half years, standing up for the paper she worked for is not an act of terrorism but rather was standing up for one’s means of survival.

Erdal said let alone supporting a coup, she is someone who abhors the word, “coup” and that it would be impossible for her to back “a horrible act” like the July 15 coup attempt. The journalist asked for her acquittal.

Journalist Aydın from the now-closed Cihan News Agency was the next to deliver his defense in which he denied being a member of a terrorist organization and said the indictment lacks evidence to prove this claim.

“I began to work for the Cihan News Agency in 2007. There was no sign on its door saying, ‘Anyone who is not a member of the organization [Gülen movement] cannot enter’,” Aydın said, adding that he did nothing other than journalism.

Journalist Muhterem Tanık, who had been released on her own recognizance, asked for her acquittal, saying she only cares for her husband and children and that they are her world. Tanık is the wife of rotahaber news website founder Ünal Tanık, who is currently under arrest.

Journalist Aksoy, who was released in October 2017 after spending more than one year in jail, said in his defense on Wednesday that nothing has changed in the trial over the past 19-and-a-half months and that no concrete evidence against him was presented.

“I highlighted three things in my articles. A freer, a more democratic, Turkey that has more justice. I did this in conservative media outlets. … No matter where I wrote, I did journalism,” he said.

Jailed Zaman journalist Acar said he graduated from university in 1994 and began to work for Zaman, a prominent newspaper back then that was visited by government officials.

He said the Gülen movement, with which Zaman was affiliated, was declared a terrorist organization 10 months after his arrest.

Acar said he might have made mistakes of professional ethics but that he never did anything unlawful.

Another jailed journalist, Çölgeçen, said in his defense that he is a journalist of 23 years and that he is behind every story he wrote.

He said he worked for the Gülen-affiliated Millet daily for 11 months and that he does not find it right to be asked the question of why he worked for this daily as it was operating legally.

“If I am a member of a terror organization, then this needs to be proven with concrete evidence. I always performed journalism within the legal boundaries,” said the journalist as he asked for his acquittal.

In his defense, jailed journalist Usluer also denied being a coup supporter or a terrorist. He also said he did not use the ByLock mobile phone application, which according to Turkish authorities is a sign of being a Gülen follower.

“I worked for the Millet daily only for one year. I was unemployed at the time. Not a single investigation was launched against the daily back then for being a media organization of a terrorist organization,” said Ulus.

The court adjourned until Thursday morning, when the remaining defendants will present their final defense.

Zaman, which was Turkey’s best-selling newspaper, was taken over by the government in March 2016 and then closed down in the aftermath of the failed coup attempt. Zaman angered the government with its critical stance and extensive coverage of a corruption scandal that erupted in late 2013.