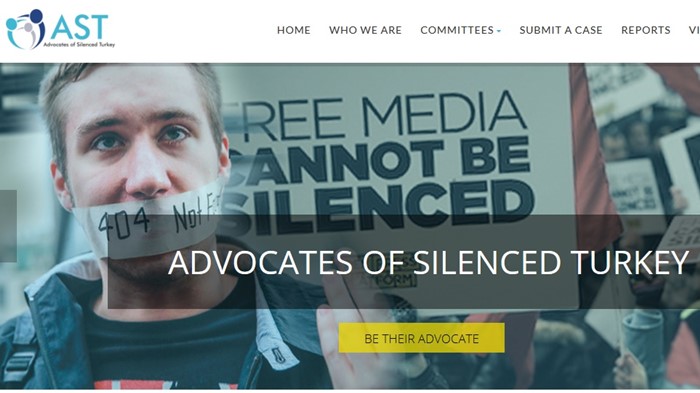 Virginia-based human rights organization Advocates of Silenced Turkey (AST) in a piece on HuffPost has called on foreign governments to ensure the safety of participants of the Gülen, or Hizmet, movement.

Followers of the faith-based Gülen movement have been the main target of the Turkish government’s recently engaging in “illegal extraterritorial and extrajudicial actions … to silence dissidents in other countries from various ideologies,” said AST.

The movement, inspired by Turkish Islamic cleric Fethullah Gülen, has been accused by the Turkish government and President Recep Tayyip Erdoğan of orchestrating a failed coup in July 2016, an allegation strongly denied by Gülen.

A December report issued by the group states that “even though actions of the Turkish government against dissidents including the Gulen Movement are not appreciated by many countries around the world, there are some states who are in cooperation with Turkey neglecting human rights and fundamental freedoms,” citing the illegal detention and sometimes deportation of movement followers in Afghanistan, Sudan, Kazakhstan, Pakistan, Georgia, Myanmar and Malaysia.

“What is common in all these countries mentioned above is that human rights violations and corruption have already been a pattern and part of the government culture. It is safe to analyze that Erdogan Government tends to infiltrate the government bodies of these countries bribing the local officials and politicians,” says AST.

“In conclusion, AST urges foreign governments to take all the necessary steps to ensure safety to these people before it is too late. ‘Security officers must be aware of the potential risks. Officials working for the government abroad must be watched closely, they must be prevented if they are in preparation of any harm. Lastly, both individuals and organizations that are deemed to be Hizmet participants must be provided extra protection when there is an imminent risk targeting them’,” AST concludes in its report.