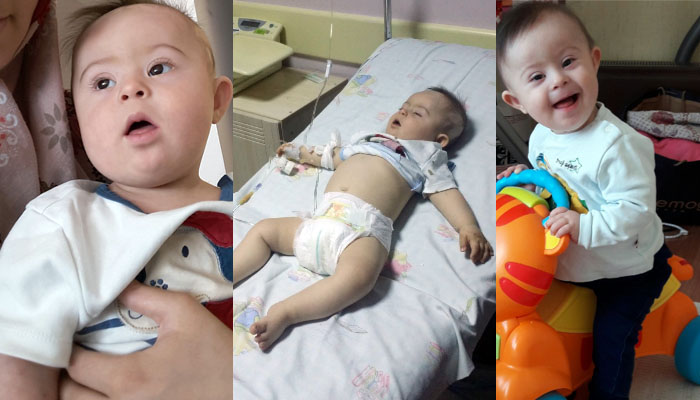 A 22-month-old child who suffers from Down Syndrome is living in jail along with his mother after both his mother and father were imprisoned in Konya over alleged links to the faith-based Gülen movement, a report said on Saturday.

According to AktifHaber.com website, prison conditions are not appropriate for baby Enis, who suffered gastric bleeding when he was 8 months old and doctors had to establish vascular access for him.

Both of Enis’s parents were teachers and put in pretrial detention over alleged links to the Gülen movement, which the Turkish government accuses of being behind a failed coup last year.

According to a tally by TurkeyPurge.com, over 146,000 people, including teachers, academics, police officers, soldiers, judges and prosecutors, have been dismissed from government jobs, close to 127,000 detained and almost 57,000 arrested on coup charges.