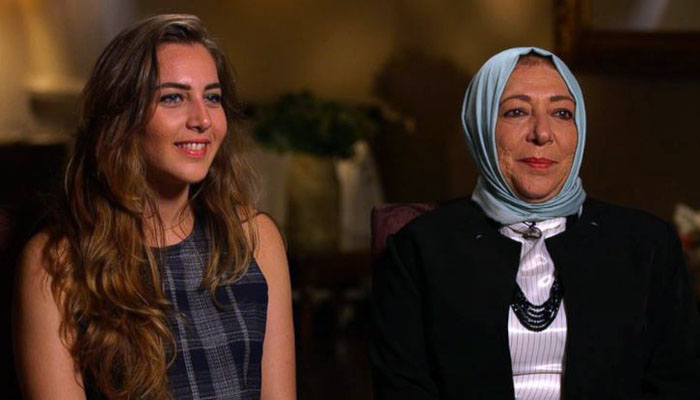 The US State Department on Friday condemned the murders of Syrian-American journalist Halla Barakat and her mother, Syrian opposition activist Orouba Barakat in an İstanbul apartment on early Friday.

In a statement on Friday evening, State Department Spokesperson Heather Nauert said: “The United States is deeply saddened by the deaths of Arouba and Halla Barakat.”

“Halla served as a journalist for Orient News and we remember the courageous work of her mother, Arouba, a Syrian activist who reported on the Syrian regime’s atrocities. The United States condemns the perpetrators of these murders and we will closely follow the investigation.

“The United States continues to seek a peaceful, political resolution to the Syrian conflict that can be supported, owned, and led by the Syrian people,” the statement read.

Syrian opposition activist Barakat and her 22-year-old journalist daughter were found early Friday morning with their throats slashed in their apartment.

The Committee to Protect Journalists (CPJ) said on Saturday that Barakat and her mother had received threats on social media and email from supporters of the Syrian government but never paid them much attention, a reporter who knew Halla Barakat and who has not been named for reasons of safety.

CPJ also called on the Turkish government to find those responsible for the murders.

According to reports, Orouba Barakat conducted interviews to investigate alleged torture in prisons by the Syrian government and published interviews in English and Arabic to raise awareness about the situation in Syrian prisons. Barakat lived in Britain and the United Arab Emirates before coming to İstanbul.

Halla Barakat is the fifth Syrian journalist to be killed in Turkey since the beginning of the Syrian civil war, P24 website said.