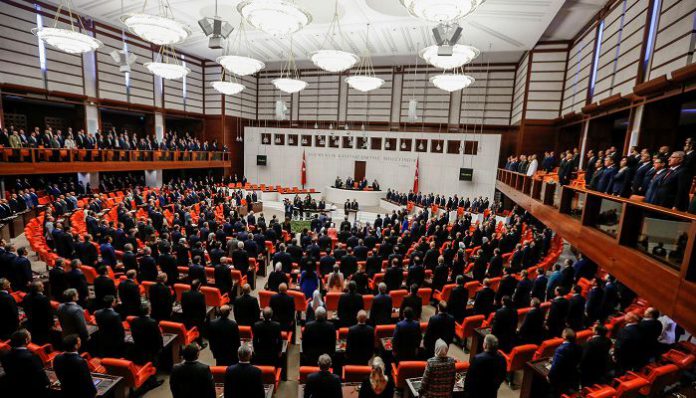 The Turkish Parliament held an extraordinary session on Saturday and approved a motion to extend another one year a mandate to conduct cross-border operations in Syria and Iraq as tensions increase in the region ahead of a referendum on independence for northern Iraq on Monday to be held by the Kurdistan Regional Government (KRG).

According to the decision made during an extraordinary session in the General Assembly on Saturday, the mandate, which authorizes the government to deploy the Turkish Armed Forces to conduct military operations in Iraq and Syria, was extended for another year.

In October of last year Parliament approved an extension for the mandate until Oct. 30, 2017. The mandate was first approved in 2007. In 2014, it was extended to include Syria for possible operations against the outlawed Kurdistan Workers’ Party (PKK), the terrorist Islamic State in Iraq and the Levant (ISIL) in Iraq and Syria and other groups.

Around 100 tanks and military vehicles, backed by rocket launchers and radar, were deployed in open farmlands near the frontier, with guns pointed south toward the Kurdish mountains.