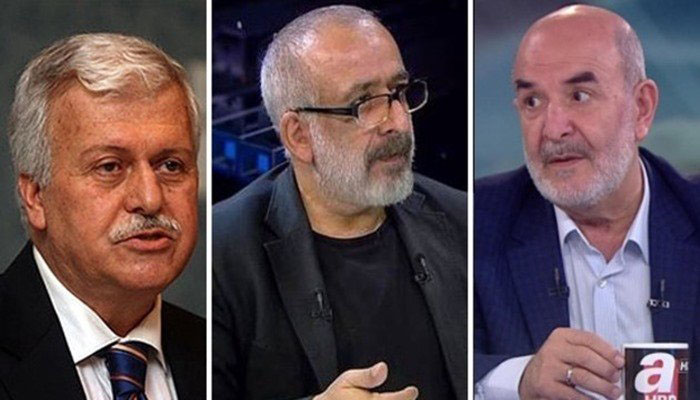 Star daily columnist Ahmet Taşgetiren announced on Friday that he had resigned from the newspaper after editors sided with three other columnists in a row over a graft probe in 2013 in which ex-ministers from the ruling Justice and Development Party (AKP) were involved.

In a tweet on Friday Taşgetiren said Star editors had sided with columnists Ahmet Kekeç, Mehmet Metiner and Hüseyin Gülerce against him and blocked his last article from being published in the daily.

Taşgetiren also shared the censored article in a tweet.

A row erupted among Star columnists when Taşgetiren accused former Economy Minister Zafer Çağlayan of reaping unearned profits as his name was among suspects, along with former Interior Minister Muammer Güler and former EU Affairs Minister Egemen Bağış, in a graft probe in December 2013.

While Taşgetiren wrote that Çağlayan, who was also recently indicted in the US along with several others who were also suspects in the 2013 investigation, must be held to account, the other Star columnists accused Taşgetiren of being against the AKP government and President Recep Tayyip Erdoğan.

The US Attorney’s Office for the Southern District of New York announced on Sept. 7 the filing of a superseding indictment charging Çağlayan and three others with conspiring to use the US financial system to conduct hundreds of millions of dollars’ worth of transactions on behalf of the government of Iran and other Iranian entities barred by US sanctions.

US authorities arrested Zarrab in Miami in March on charges of helping Iran process millions of dollars of transactions when it faced US sanctions for its nuclear program.

Atilla was also arrested in New York City in late March on similar charges to those of Zarrab.

Zarrab was the prime suspect in a graft probe in 2013, along with others from the inner circle of the AKP government and the then-Prime Minister and present-President Erdoğan, for having paid bribes to Cabinet-level officials, including Çağlayan and Halkbank General Manager Aslan, to facilitate transactions benefiting Iran.