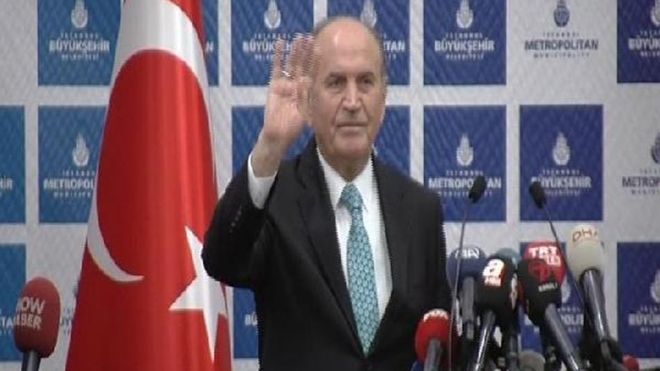 İstanbul Metropolitan Municipality Mayor Kadir Topbaş announced on Friday that he had resigned as mayor but would continue in politics with the ruling Justice and Development Party (AKP).

At a press conference on Friday Topbaş said: “I am not leaving my party. The opposition can not benefit from it. A person can forgive anything but not being treated like dirt.”

Main opposition Republican People’s Party (CHP) İstanbul deputy Barış Yarkadaş tweeted early on Friday that Topbaş decided to resign after the İstanbul City Council approved zoning in İstanbul despite his objections. The zoning changes were passed by the council in a unanimous vote since AKP members also voted in favor.

Topbaş has been İstanbul mayor since 2004.