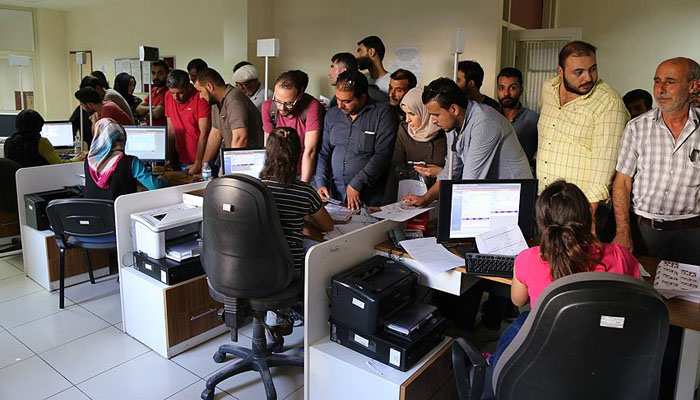 Turkey’s Interior Ministry said on Friday that it is processing citizenship applications for around 50,000 Syrians who had sought refuge in Turkey after the start of a civil war in their country.

According to the state-run Anadolu news agency, citizenship procedures for a total of 35,000 Syrians have already been completed and another 15,000 applications, mostly for children, were being reviewed, Interior Ministry General Directorate of Population and Citizenship Affairs manager Sinan Güner said.

Interior Ministry figures show that over 12,000 Syrians have been given Turkish citizenship so far.

Speaking during an event in Şanlıurfa province on Friday, Güner said the Syrians who would be granted citizenship had been selected according to certain criteria, particularly those who could contribute to Turkey with their skills.

Turkey is also in the process of granting citizenship to 20,000 Ahiska Turks, Güner said.

Ahiska Turks originally came from the Meskheti region of Georgia but were expelled from their homeland by Soviet leader Joseph Stalin in 1944.