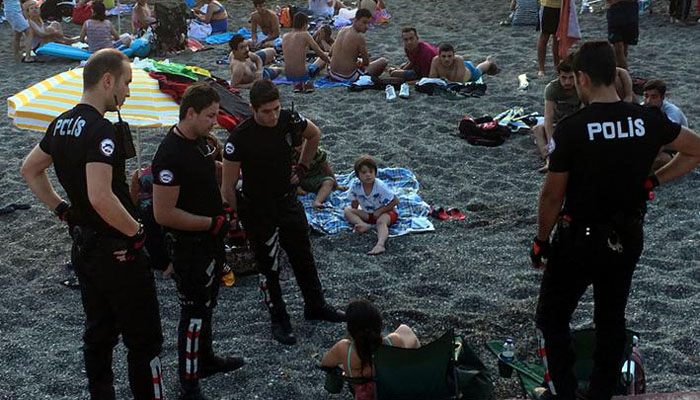 Two women in the northern Turkish province of Zonguldak were briefly detained by police on Tuesday for drinking beer on a public beach.

According to the Doğan news agency, the two women, both medical doctors, went to Karpuz Beach on Tuesday evening and were warned by beach security after they started to drink beer on the beach.

The two women were taken to a police station after security informed the police that they insisted on drinking beer at the beach.

One of the women, S.Ç., said beach security was rude to them and said they would evict them from the beach if they were men.

Police fined the two women TL 109 each for disturbing the peace and released them.

Speaking to Doğan, Nejat Uludüz, deputy director of Zonguldak Municipality’s social and cultural affairs directorate, said drinking alcohol on public beaches is prohibited by regulations and that it is announced on signs at the entrance to every beach in the city.