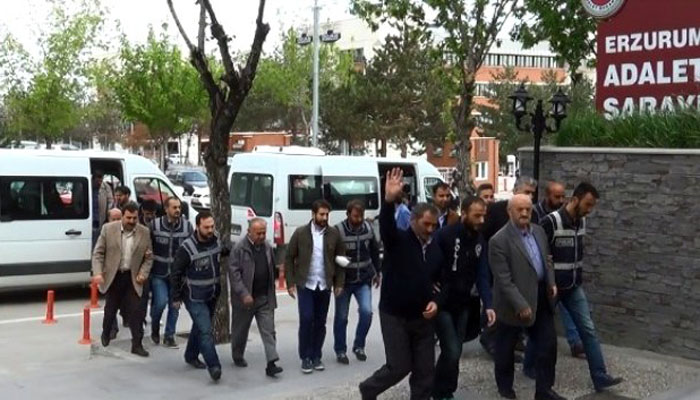 An Erzurum court on Thursday sentenced a relative of US-based Turkish Islamic scholar Fethullah Gülen, identified only as O.G., to six years, three months in prison on charges of membership in a terrorist organization.

According to the state-run Anadolu news agency, O.G., a teacher who was earlier dismissed from his job over alleged links to the Gülen movement, pleaded not guilty and demanded an acquittal.

The court instead ruled for conviction.

Among the evidence for the decision were O.G.’s account at the now-closed Bank Asya, his former membership in the Aktif Eğitim Sen educators union and his alleged use of ByLock, a smart phone application that Turkish authorities believe Gülen followers used to use for communication. Both Bank Asya and Aktif Eğitim Sen were closed down over links to the Gülen movement.

The government accuses the Gülen movement of masterminding a July 15, 2016 coup attempt. The movement denies any involvement.

Many of Fethullah Gülen’s relatives have been sent to prison along with some 55,000 people who have been jailed over alleged ties to the movement.