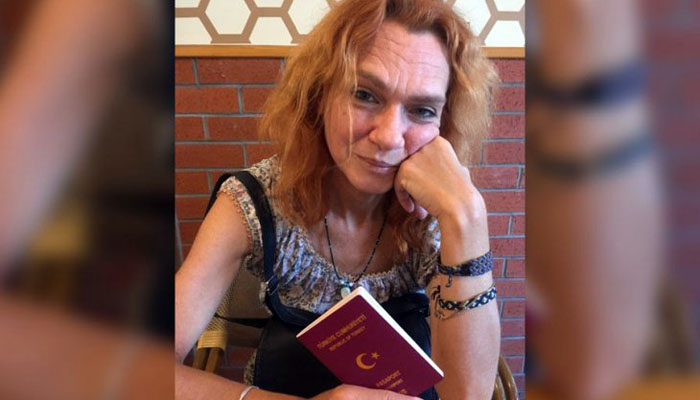 Turkish writer Aslı Erdoğan, who was released from prison on Dec. 29, 2016 after 132 days in jail due to links to the pro-Kurdish Özgür Gündem daily, was given back her passport, which was held by Turkish authorities despite a court cancelling a travel ban imposed on her, the Evrensel daily reported on Thursday.

According to the report, Erdoğan shared a message with a photo showing her passport to the camera and thanked main opposition Republican People’s Party (CHP) İstanbul deputy Selina Doğan and PEN International, of which she is a member.

On Monday, PEN International said it was concerned about travel restrictions imposed by Turkish authorities on award-winning author and honorary PEN member Erdoğan and called for their immediate removal.

In a statement on its website, PEN International said Erdoğan was due to travel to Germany to accept the Erich Maria Remarque Peace Prize at a ceremony to be held in her honor on Sept. 22. However, on Aug. 29 the city of Osnabrück, which awards the prize, announced that Erdoğan would not be able to attend the ceremony in person.

Renowned writer Erdoğan and several other intellectuals, journalists and academics were named in an indictment for serving as editorial board advisers of a pro-Kurdish newspaper. The indictment portrayed Özgür Gündem as a publication of “the terrorist organization,” in reference to the Kurdistan Workers’ Party (PKK).

After her arrest, Erdoğan received several awards from around the world, including the Stuttgart Peace Prize, the Tucholsky Prize and the ECF Princess Margriet Award for Culture. She was not able to travel overseas to accept these awards, either, as Turkish authorities seized her passport as part of a court decision banning her from traveling abroad. Some of them were presented to her in Turkey.