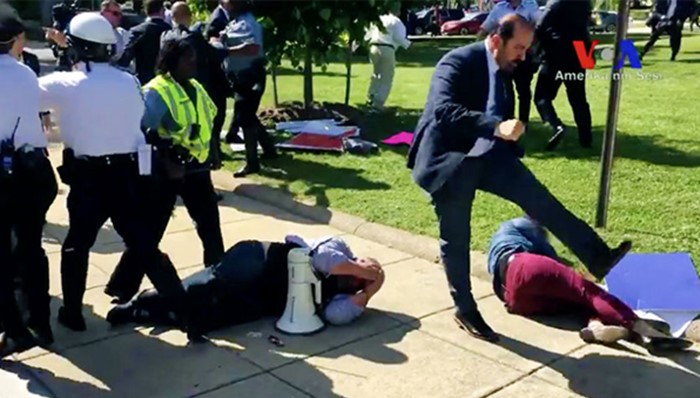 A US Senate committee has approved an endorsement to an appropriations bill that would block the US government from selling firearms to Turkish President Recep Tayyip Erdoğan’s security detail, CNN Türk reported on Friday.

Indictments were issued for 19 people, including 15 members of Turkish President Recep Tayyip Erdoğan’s security detail, for attacking protesters in Washington, D.C., during an official visit in May.

The indictments, which were announced in August, accuse the perpetrators of attacking people who were protesting the visit of Erdoğan and of committing a crime of violence. Some of them also face charges of assault with a deadly weapon.