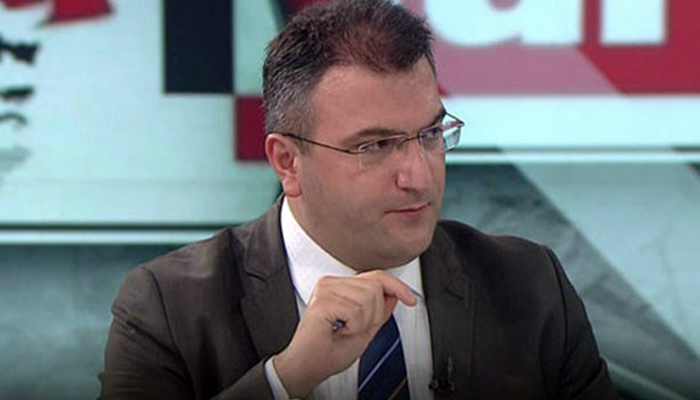 Speaking during a program on the pro-government Beyaz TV on Friday, Küçük threatened Hürriyet columnist Ertuğrul Özkök with dismissal and imprisonment, giving examples of other former Doğan media journalists.

“If you combine all the Hürriyet [journalists], your power is just like my little finger. I will instruct Aydın Doğan, and he will do the necessary [to fire them]. Who are you [Ertuğrul Özkök]? Look. Where are Tolga Tanış, Nazlı Ilıcak, Bülent Mumay, Eyüp Can, I am asking. Is ByLock İsmail [Saymaz] able to appear on TV programs? Just go and write something critical against the government like in the old days. They are not able to write a single critical story,” he said.

Underlining that Hürriyet journalists cannot say a single critical word against the government now, Küçük said he would instruct Doğan to fire those who dare to do that.

“I have them wrapped around my little finger. I play with them like a cat plays with a mouse,” he said.

Cem Küçük, a staunchly pro-government journalist and supporter of President Recep Tayyip Erdoğan and also known for his attacks on government critics on social media, has also targeted critical journalists.

During a TV show in March Küçük attacked Korkusuz daily columnist Can Ataklı for comments criticizing Erdoğan and said he could finish off his career in five minutes.