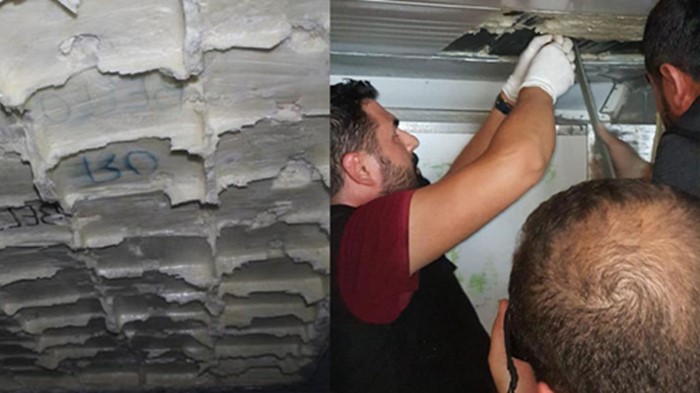 Turkish customs units have seized 122,685 kilograms of cocaine worth TL 24.5 million from a Liberian-flagged dry cargo vessel at the Port of Mersin, the Doğan news agency reported on Monday.

Seven suspects were detained in Mersin on charges of smuggling cocaine.