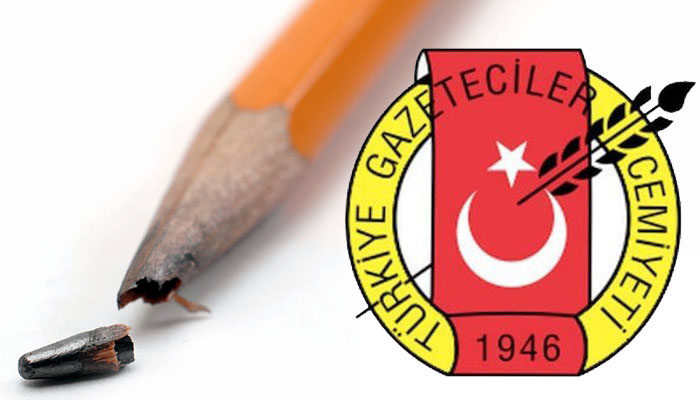 The Turkish Journalists’ Association (TGC), which has been giving the Press Freedom Prize since 1989 on July 24, Press Freedom Day, has announced that they are not going to bestow the award this year.

The TGC said the current media conditions in Turkey changed their minds about giving awards this year.

“Taking into consideration the condition our country and media are in, a consensus has been reached to freeze the presentation of the Press Freedom Prize, which has been given since 1989, and the memorial plaques to association members who received permanent press cards, and to re-introduce the prizes when conditions allow,” the TGC said in a statement.

The TGC is going to hold a meeting on July 21 to celebrate Press Freedom Day.

According to an April report by the Stockholm Center for Freedom (SCF), a Stockholm-based monitoring and rights advocacy group, there are a total of 228 jailed journalists in Turkey.

Turkish President Recep Tayyip Erdoğan recently said on a BBC program that no one was jailed in Turkey because of journalism, upon being reminded by a BBC reporter that 160 media outlets were closed down and 2,500 journalists or media workers were sacked from their jobs in Turkey in the aftermath of a failed coup on July 15, 2016.