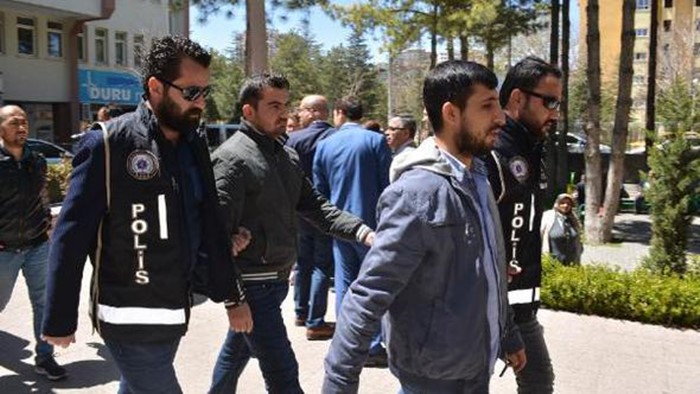 A total of 50 noncommissioned officers in 14 provinces have been detained by the police over links to the Gülen movement, which the Turkish government accuses of masterminding a coup attempt on July 15, 2016.

According to several Turkish media outlets, as part of the investigation based in Edirne province, simultaneous raids were conducted in 14 Turkish provinces on Saturday morning to detain the officers.

According to a statement from Interior Minister Soylu on April 2, a total of 113,260 people have been detained as part of investigations into the Gülen movement since the July 15 coup attempt, while 47,155 were put into pre-trial detention. On May 6, Turkish Justice Minister Bekir Bozdağ said 149,833 people have been investigated and 48,636 have been jailed as part of an investigation targeting the Gülen movement since July 15 of last year.

In January, a report prepared by the EU Intelligence Analysis Centre (IntCen) revealed that the coup attempt was staged by a range of Erdoğan’s opponents due to fears of an impending purge. (Turkey Purge)