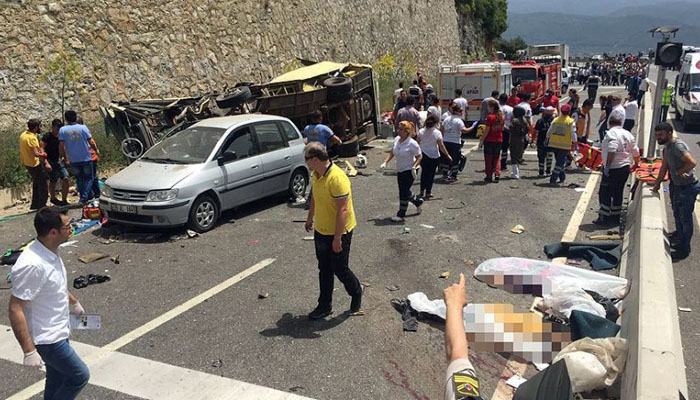 At least 24 people died and seven others were injured in a bus accident on Saturday in the Marmaris district of the Aegean province of Muğla.

According to a statement from the Muğla Governor’s Office, the bus was heading to a resort in Marmaris from Buca on a one-day trip when the driver, Armağan Satmış, lost control of the vehicle in Sakageçidi, and the bus tumbled down a cliff.

“There were no foreign tourists inside it. The reason for the accident is being examined. According to the initial findings, a malfunction in the brakes took place, but the issue is being investigated,” Çiçek said.

Hürriyet also said that the passengers were heading to Marmaris to participate in an event marking Mother’s Day on Sunday.