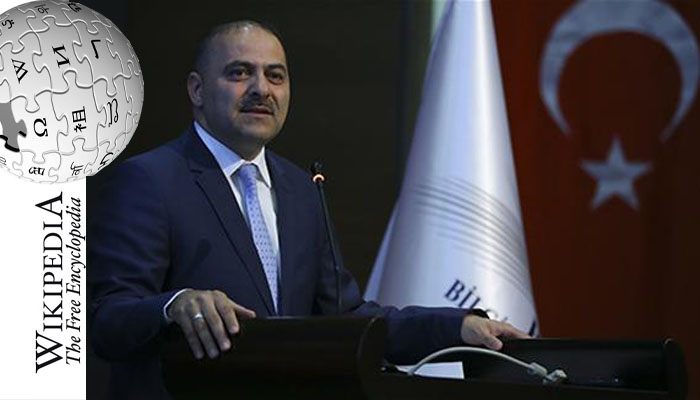 Turkish Telecommunications Authority (BTK) head Ömer Fatih Sayan said on Wednesday that it is impossible to restore public access to Wikipedia unless the decisions of Turkish courts concerning the site’s content are implemented.

The Ankara 1st Criminal Court of Peace ordered a ban on the website after Wikipedia reportedly refused to remove two English-language pages which claimed that Ankara had supported jihadists in Syria.

Speaking during the Turkey Information Summit in İstanbul on Wednesday, Sayan said he felt sorry about banning access to Wikipedia in Turkey but that “it is impossible for that access to be restored without the implementation of those court decisions. ”

Underlining that Turkish authorities are open to any kind of cooperation with Wikipedia, Sayan said it is only on condition that the website administration abide by the law and implement court rulings so as to permit access.

“Everyone should [act] within the law. No one has the right to say, ‘I do not recognize the Turkish courts.’ I also want to express that we are ready to provide all kinds of support to re-open Wikipedia,” he said, recalling that Wikipedia has not eliminated the content of some pages.

He also urged Wikipedia to solve the problems that led to its closure by Turkish authorities.
Turkey blocked access to Wikipedia on April 29 through a court measure used to block access to pages or entire websites to protect “national security and public order.”

BTK said an Ankara court ordered that a “protection measure” related to suspected Internet crimes be applied to Wikipedia.

In response, Wikipedia founder Jimmy Wales tweeted his support for those who labeled the decision censorship of social media: “Access to information is a fundamental human right. Turkish people I will always stand with you to fight for this right.”

Following the developments, the İstanbul Metropolitan Municipality said in a statement on Tuesday that the name of Wikipedia founder Wales has been removed from the list of invitees to a World Cities Expo event, which will be held in İstanbul between May 15-18 and that Wales has been informed of the decision.

An email published by the sol.org news website shows that a court decision sent to Wikipedia last year demanding removal of English content about Energy Minister Berat Albayrak, son-in-law of Turkish President Recep Tayyip Erdoğan, in which claims of Albayrak’s oil trade with the Islamic State in Iraq and the Levant (ISIL) are made, was also mentioned.