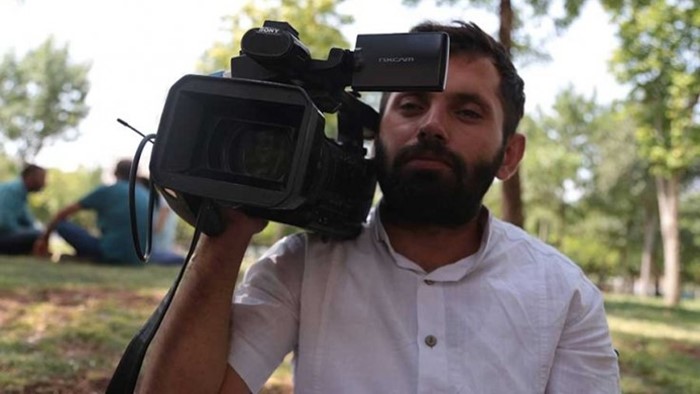 Mehmet Güleş, a reporter for the Dicle New Agency, which was closed by the government following a coup attempt in Turkey on July 15, was sentenced by a court in Elazığ province on Wednesday to nine years, four months and 15 days in prison for alleged membership in a terrorist organization and disseminating the propaganda of a terrorist organization.

According to a TRT report, Güleş denied the charges laid against him, the “evidence” for which were his phone conversations and social media messages.

Güleş, who was arrested in December, told the court in his testimony that all he had done was engage in journalism.

The decision came as international organizations waged campaigns to show solidarity with jailed journalists in Turkey on May 3, World Press Freedom Day.

Rights organizations estimate the number of jailed journalists in Turkey as between 159 and 235.

The US-based Freedom House, an independent watchdog organization dedicated to the expansion of freedom around the world, has named Turkey as among the countries that have a “not free” press, in a report released on April 28.

According to Freedom of the Press 2017, the Turkish government, using enhanced powers under a state of emergency, carried out a massive purge of media outlets accused of links to an attempted military coup in July.