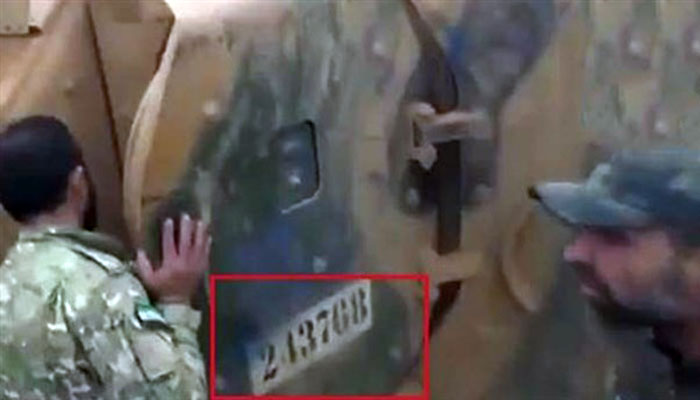 Militants from the Turkey-backed Free Syrian Army (FSA) sold an armored vehicle belonging to the Turkish military to the Islamic State in Iraq and the Levant (ISIL), the Birgün daily reported on Wednesday.

According to the report, videos acquired by the daily show FSA militants selling or handing over an armored vehicle to ISIL militants.

The armored vehicle was used by the Turkish army in Operation Euphrates Shield in northern Syria, which ended in late March.

Birgün claimed that a tank with the tag number 243768, worth over $600,000, was first seen with a FSA militant in a video and later in a different ISIL video in which an ISIL member points to the vehicle and says “booty.”

According to Birgün, Turkey’s General Staff has launched an investigation into the incident but no results have yet been obtained.

A Turkish soldier whose name was not disclosed told Birgün that “the operation was run under very difficult conditions. There was no food and no place to bathe. There was a double standard between our [Turkish Armed Forces] soldiers and the FSA members. They [FSA] had better conditions. Moreover, FSA members sold an armored vehicle. It was ours. Most of the FSA militants were thieves, drug abusers and smugglers.”

Over 70 Turkish soldiers lost their lives during the eight-month-long operation in northern Syria.