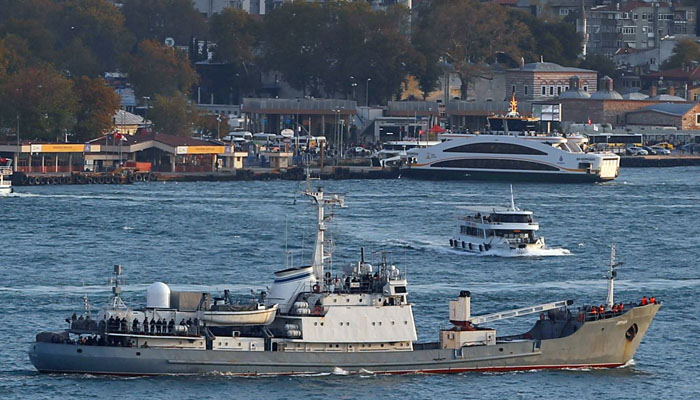 A Russian naval intelligence vessel sank after colliding with a freighter in the Black Sea, off the coast of Turkey, Reuters reported on Thursday.

According to the report, the Turkish Coast Guard Command said all 78 crewmembers aboard the Liman had been rescued.

The ship sustained a hull breach due to the collision with the Youzarsif H, 40 kilometers northwest of the Bosporus Strait, Russia’s defense ministry said in comments carried by Russia’s Interfax news agency.

The Togolese-flagged livestock carrier Youzarsif H sustained no significant damage and continued on its voyage to Jordan.

No details were given on the ship or the condition of its crew by Turkish officials.

According to Turkish Prime Ministry sources, Prime Minister Binali Yıldırım called his Russian counterpart, Dmitry Medvedev to express his sadness over the collision.