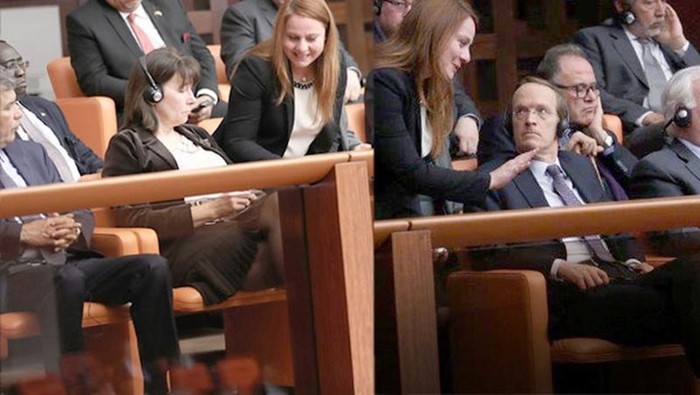 Charles Fries, the French ambassador to Turkey, was warned to sit respectfully during a special session in the Turkish Parliament, Hürriyet reported on Monday.

According to the report, some diplomats who attended the special session of Parliament to mark April 23, the 97th anniversary of the founding of the body, were warned by protocol officials not to cross their legs.

A photo taken by Selahattin Sönmez shows an official warning Ambassador Fries, and another image shows an unidentified female diplomat being given the same advice.

There are no regulations in the parliamentary bylaws about how guests should sit in the Assembly General’s balcony.