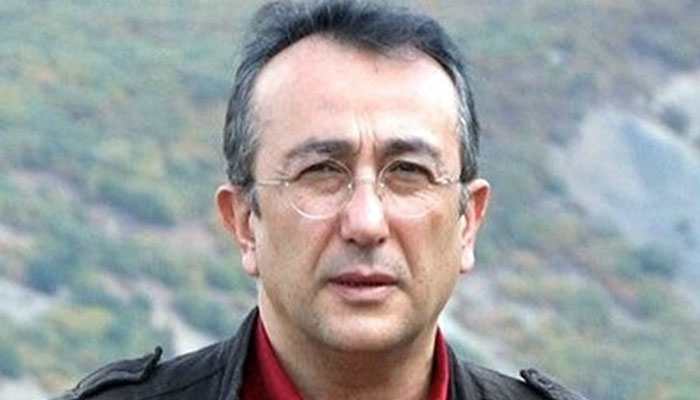 Tayfun Talipoğlu, a prominent journalist and TV commentator known for his travel TV programs, died after falling ill at home in İzmir on Tuesday.

According to reports in the Turkish media, Talipoğlu passed out at his residence at around 1 a.m. on Tuesday.

Family members immediately called for emergency services; however, he died at Katip Çelebi University Hospital despite all efforts to save him.

The journalist’s son, Candaş Talipoğlu, told reporters outside the İzmir Council of Forensic Medicine, where the body was sent for autopsy, that his father died of a heart attack.

According to Talipoğlu’s son this was the journalist’s third cardiac arrest.

“He had previously suffered from this and had a stent inserted. Presumably, he could no longer fight it since it happened repeatedly in a short period of time,” he said.

He also added that a funeral would be held for his father in Ankara on either March 22 or March 23.

Talipoğlu was born in 1962 in the eastern province of Kars and graduated from the public administration department at Ankara University in 1983. He began his career as a reporter for the Milliyet daily and was primarily known for his TV series “Bamteli” (the string producing the lowest sound in music), which began in 1995 and was aired on various channels, including ATV and NTV. He also worked as a columnist, authored a number of books of poetry and recorded albums of traditional Turkish music.

In the 2015 general elections, he ran as a deputy candidate from the main opposition Republican People’s Party (CHP) in the western province of Aydın.

He also had acted as a goodwill ambassador for UNICEF Turkey since 2007.

In a Twitter message on Tuesday, CHP Chairman Kemal Kılıçdaroğlu extended his condolences to the Talipoğlu family and said Talipoğlu was “a prominent journalist who established himself in Turkey by engaging in his profession with dignity.”