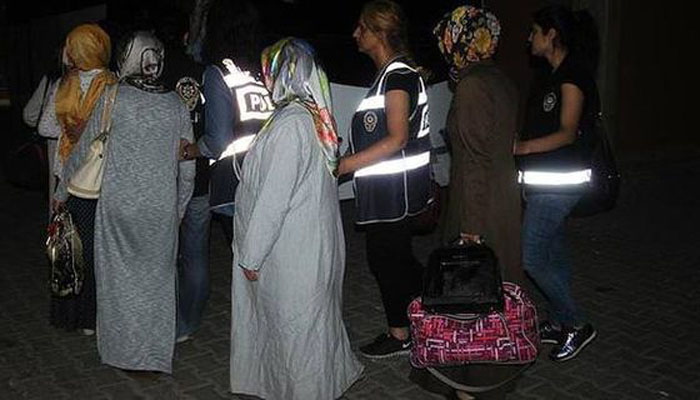 Twenty-one women, including 10 with newborn infants and two over 70 years of age, were detained in Afyon’s Dinar district as part an investigation into the faith-based Gülen movement.

According to a story on the Aktif Haber news website, the investigations were carried out by Dinar Public Prosecutor Emrah Özge Yelken into 21 women whose husbands are in prison over links to the Gülen movement, which Turkish authorities accuse of being behind a failed coup in July of last year.

Aktif Haber said that 10 out of the 21 women have newborn infants and that two of them are over the age of 70.

While the Dinar Public Prosecutor’s Office did not provide any reason for the women’s detention, Aktif Haber claimed that the detention of the 21 women aim to pressure their husbands to sign testimony against their will.

In a currently ongoing government crackdown on followers of the Gülen movement, dozens of women have been detained while visiting their imprisoned husbands, with their children either separated from them and given to family members or taken to jail with the mothers.

In late January, after a story broke about five children left alone in tears in front of Sincan Prison in Ankara as their mother was detained while they were visiting their jailed father, 856 people around the world raised $41,850 in a week as the elder brother shared a video, saying in tears: “We are five brothers, left alone. We have a handicapped brother. I commend those people to God’s punishment.”

Turkey survived a military coup attempt on July 15 that killed over 240 people and wounded more than a thousand others. Immediately after the putsch, the AKP government along with Erdoğan pinned the blame on the Gülen movement, inspired by US-based Turkish Islamic scholar Fethullah Gülen. The movement denies the accusations.