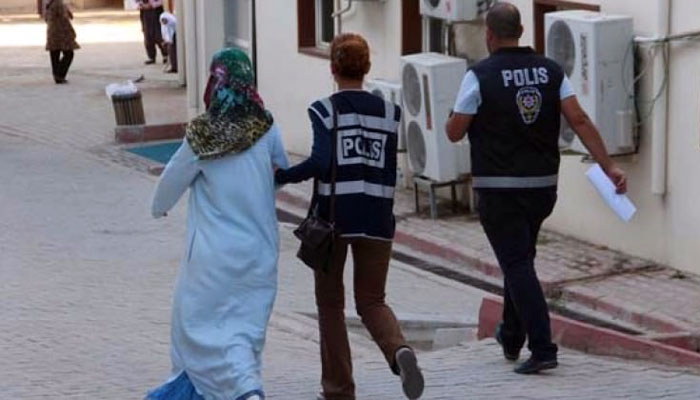 N.A., a Turkish literature teacher who was left unemployed after her school was shuttered as part of post-coup emergency rule, was detained when she stopped by Konya’s Ereğli Prison to visit her imprisoned husband, İ.A, on Thursday.

İ.A., a former accountant at the same school, was arrested as part of a crackdown on the faith-based Gülen movement, which the government accuses of plotting a failed coup in July of last year, according to Turkish media.

With N.A. jailed, the couple’s two children – a 10-year-old and a 6-year-old – were left to fend for themselves.

It has been a common occurrence that Turkish police round up suspects when they visit their relatives in prison. On Jan. 23, Ayfer Yavuz was also put in jail along with her four-and-a-half-month-old infant when she went to Kars prison to visit her husband. Meanwhile, İ.A.O. was detained when she stopped by Trabzon Prison on Valentine’s Day to visit her husband H.O., who had been earlier jailed as part of the government’s post-coup witch hunt.

Turkey survived a military coup attempt on July 15 that killed over 240 people and wounded more than a thousand others. Immediately after the putsch, AK Party government along with Erdoğan pinned the blame on the Gülen movement, inspired by US-based Turkish Islamic scholar Fethullah Gülen. The movement denies the accusations.

In a currently ongoing post-coup purge, over 135,000 people, including thousands within the military, have been purged due to their real or alleged connection to the Gülen movement, according to a statement by the labor minister on Jan. 10. As of Feb. 1, 89,775 people were being held without charge, with an additional 43,885 in pre-trial detention. (Turkey Purge)