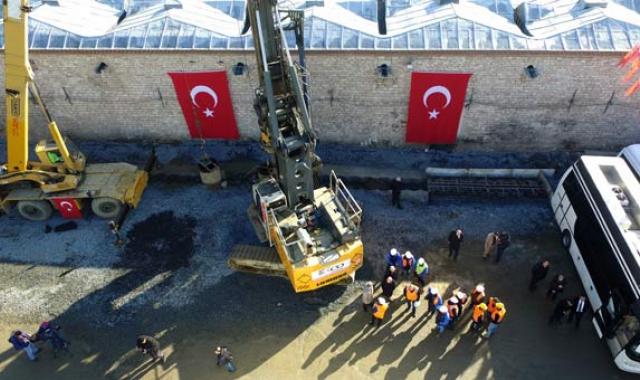 Construction of a controversial mosque in İstanbul’s Taksim Square began on Friday in a ceremony attended by İstanbul Mayor Kadiş Topbaş.

On Feb. 6, İstanbul’s No. 2 Regional Council on the Protection of Cultural Heritage made a decision to approve the mosque project, which has long been a polarizing issue among the public.

Speaking during the event on Friday, Topbaş said there has always been a need for a mosque in the Taksim Square.

“The fact that the mosque is near the Santa Maria Church and two sanctuaries facing Taksim shows how tolerant this city is,” he said.

In July 2015, the Council of State reversed the judgment canceling various construction plans in Istanbul’s Beyoğlu district, paving the way for a number of projects, including the mosque.