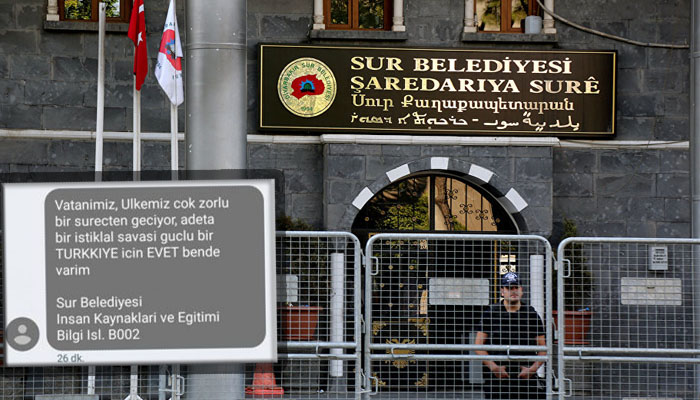 The mayor of Diyarbakır’s Sur Municipality, who replaced a mayor from the Pro-Kurdish Democratic Regions Party (DBP) as part of a government decision in September, has sent a text message to all its personnel to vote “yes” in an upcoming referendum that is set to boost President Recep Tayyip Erdoğan’s powers and introduce an executive presidency in Turkey.

“Our land, our country has been going through a tough period, it is almost tantamount to a war of independence. Yes, I am in for a powerful Turkey,” said the text message from the municipality’s human resources department.

The message is reported to have been sent to dismissed workers as well.