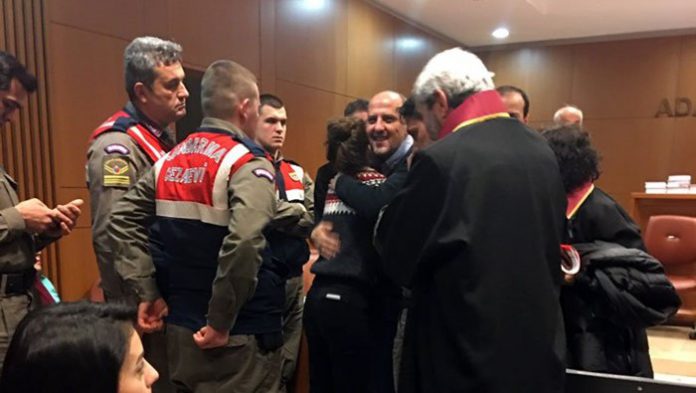 Imprisoned Cumhuriyet daily reporter Ahmet Şık said in a hearing on Wednesday that the government has embraced the agenda of a junta regime.

The trial known in Turkey as the “Oda TV case” includes suspects such as journalists  Ahmet Şık, Nedim Şener and Soner Yalçın. Şık has been in pre-trial detention for the last 46 days in a separate investigation in which he is accused of disseminating terrorist propaganda for both “FETÖ,” a pejorative term that the government uses to label the Gülen movement as terrorist, and the Kurdistan Workers’ Party (PKK).

Last week former police intelligence chief Ali Fuat Yılmazer said in a hearing that it was then-Prime Minister Recep Tayyip Erdoğan who ordered the police to investigate Oda TV, a case that led to the arrest of journalists Şık and Şener in 2011.

During a hearing in a trial concerning the assassination of Turkish Armenian journalist Hrant Dink, Yılmazer raised the investigation into critical news portal Oda TV and claimed that Erdoğan instructed the police to get involved in the case.

Yılmazer expressed regret for following Erdoğan’s apparently unlawful instructions and blamed him for not standing by those instructions.

In today’s hearing, journalists who wanted to follow the hearing the Oda TV case were not allowed inside the courtroom and made a statement outside the Çağlayan Courthouse to show solidarity with Şık, who has been arrested for a second time under Justice and Development Party (AKP) governments.