IVR cancels World Congress in İstanbul due to security concerns 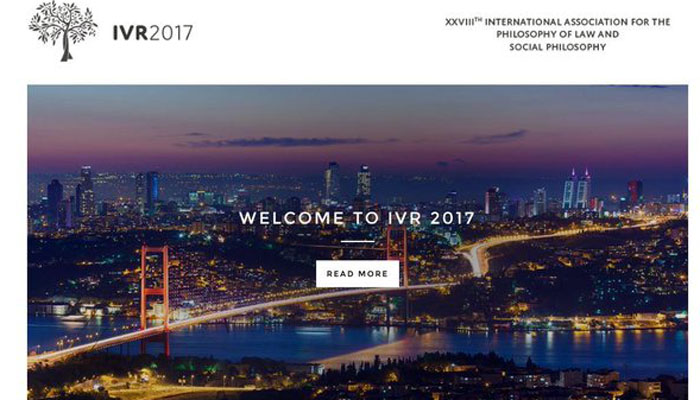 The International Association for the Philosophy of Law and Social Philosophy (IVR) has canceled its 28th World Congress scheduled to be held in İstanbul in July due to security concerns.

In a statement on its website, the IVR said its committee would soon decide on a new venue for the World Congress.

The 28th World Congress of the IVR was planned to be held at İstanbul’s Maltepe University July 16-21 under the theme of “Peace.”

According to the T24 news portal, the IVR organizing committee canceled the congress with a majority of votes despite Turkey’s objection.

IVR President Mortimer Sellers said in a message that he was sorry to announce the cancellation of the congress in İstanbul, which occurred due to security concerns and developments in Turkey.

“I am sad to report that circumstances now make it impossible to hold the 2017 World Congress in Istanbul as originally planned. Therefore the IVR Executive Committee is seeking a new venue.

“While I completely understand and share the concerns that led to this decision, I deeply regret the necessity of moving the Congress, as do all those involved,” Sellers said.

The statement on the IVR’s World Congress 2017 website also said:

“Due to unavoidable circumstances the IVR XXVIII World Congress, to be held in July, 2017, will not take place in Istanbul as originally intended. We very sorry for this change and will inform you very soon where the new home for the World Congress will be.

“In the meantime, those of you who have already registered for the conference in Istanbul will have your registration fees refunded.”

On New Year’s Eve, 39 people were killed and 69 were wounded after an attack on a nightclub by an Islamic State in Iraq and the Levant (ISIL) terrorist.