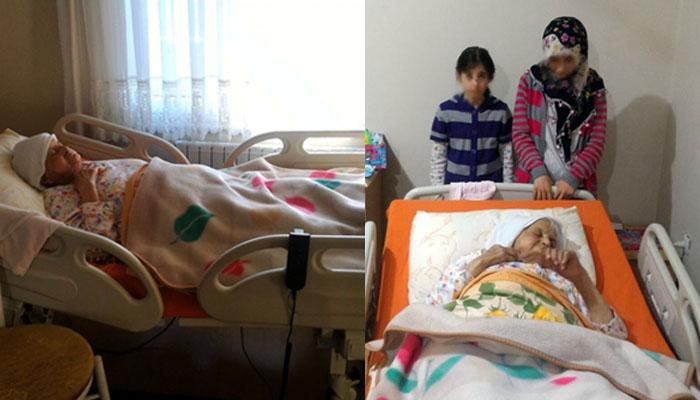 Eighty-six-year-old bedridden Fahriye Asrak died on Thursday after her daughter Nejla Akdağ was arrested by a court over links to the faith-based Gülen movement, which the government accuses of being behind a failed coup attempt on July 15.

According to a story on the Aktifhaber.com website, Fahriye Asrak died in Edirne following her daughter’s arrest, which had left her with two grandchildren and an 83-year-old husband who has difficulties in walking.

Nejla Akdağ and her husband were teachers at a government school but were dismissed last August as part of government purges against the Gülen movement.

Five months after police raided and searched their house, on Aug. 30, Akdağ was detained on Jan. 27 and handcuffed while her mother, father and two children were at home.

Aktifhaber.com said Nejla Akdağ was taking care of her mother because her husband had left for another city to find work since they did not have any income after they were dismissed from their jobs.

Despite a doctor’s report saying she was looking after her mother, who had partial paralysis and heart problems, Nejla Akdağ was arrested by a Penal Court of Peace in Edirne in early February.

According to Aktifhaber.com, officers in the prison where Nejla Akdağ was being held keep telling her that she would be freed after her husband turned himself in.