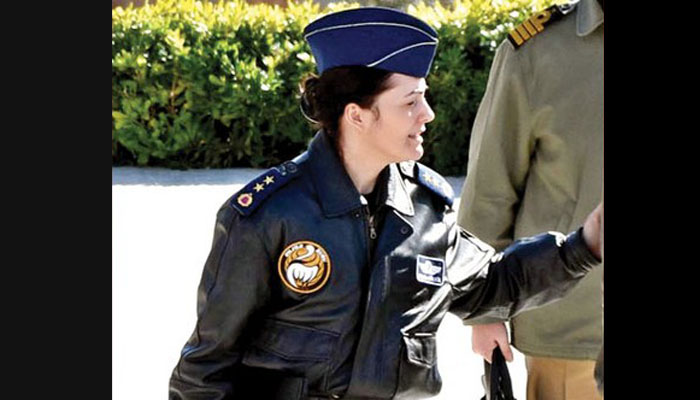 A court in Ankara early on Saturday released a military officer who was likely to become Turkey’s first female general but was detained due to alleged links to the faith-based Gülen movement following her return from a visit to the Kardak islets with Turkey’s Chief of General Staff Gen. Hulusi Akar on Feb. 2.

According to the decision of the Ankara 6th Penal Court of Peace on Saturday, Air Force Staff Lt. Col. Bilgehan Bülbül was released on condition of judicial probation.

Bülbül was one of the officers accompanying Akar during a visit to the Kardak islets along with the commanders of the land, naval and air forces.

The Kardak islets, also known as Imia, lie just seven kilometers off the Turkish coast. Greece and Turkey, both members of NATO, have long disputed their sovereignty and in 1996 came close to war over the islets.

Bülbül was detained on Feb. 3 based on testimony from individuals who are under investigation due to their alleged links to the Gülen movement. Bülbül’s husband, Air Force Staff Lt. Col. Nail Bülbül, was also detained as part of the same investigation but later released due to a lack of sufficient evidence.

It has also emerged that Nail Bülbül was one of the commanders who coordinated Turkish F-16 warplanes that took off from a military air base in the Central Anatolian province of Eskişehir and hit Islamic State in Iraq and the Levant (ISIL) targets in al-Bab, northern Syria, as a part of the Turkish-backed Operation Euphrates Shield.