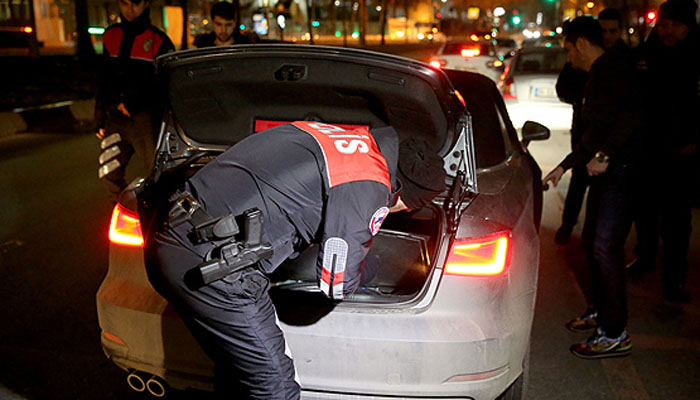 A countrywide “peace operation” was launched late on Friday as security teams set up checkpoints on roads, neighborhoods and ports across Turkey.

According to a statement by Interior Minister Süleyman Soylu on Friday night, 80,000 police officers in 14,000 teams, 17 helicopters, 71 marine vessels and 417 sniffer dogs were deployed in the operation.

“The Security General Directorate, the Gendarmerie General Command and the Coast Guard Command, which have the responsibility to provide peace and security in the country, launched an operation at checkpoints on roads and public spaces across 81 provinces on the night of Feb. 10,” the statement said.

More than 800 suspects were detained across Turkey last week as part of operations against the Islamic State in Iraq and the Levant (ISIL) that were stepped up after a New Year’s Day attack by ISIL on an İstanbul nightclub killed 39 people.