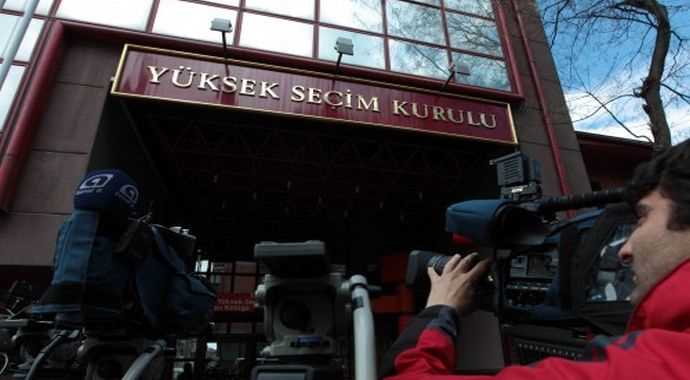 Turkey’s Supreme Election Board (YSK) will no longer be able to impose fines and temporarily halt broadcasts of TV or radio stations due to their unfair coverage of political party campaigns during election periods, according to a new government decree.

The new decree, numbered 687, which was issued on Thursday, went into effect shortly before Turkey is due to hold a referendum on a constitutional reform package that introduces an executive presidency in Turkey.

In the past, the YSK used to impose fines or temporarily halt the broadcasts of TV or radio stations because they generally gave the most coverage to the ruling Justice and Development Party (AKP) while they gave little or no coverage to the opposition parties. TV and radio stations were required to give equal coverage to political party campaigns.

The government attracted criticism for the new YSK move, with many saying that it paves the way for the media to turn into a government propaganda tool.

Writing from his Twitter account on Thursday, Republican People’s Party (CHP) leader Kemal Kılıçdaroğlu said: “With the new amendment, only they will speak in the lead-up to the referendum, TV stations will be able to freely air broadcasts in favor of only one side. A government that is so afraid of the nation’s free will and doubts the accuracy of what it has been defending has never been seen before.”

“The meaning of the 10th article of government decree number 687 is this: Political parties other than the AKP may not even make a one-minute-long TV commercial. Only a phone call would be sufficient [to end their broadcasts],” wrote Toker from her Twitter account on Thursday.

The AKP government has been issuing such controversial decrees based on a state of emergency in the country that was declared in the aftermath of a failed coup attempt on July 15. The decrees immediately go into effect and are not required to be approved by Parliament.